Bengaluru, Dec 5 (IANS): The Karnataka government has begun distribution of eggs to school children in seven districts of the state where the malnourishment indicator is alarming from December 1. The decision has angered a section of society who are demanding that eggs shouldnt be distributed inside schools as it encourages discrimination among school going children.

Another section supporting egg supplements to school children claims that this project should not stop as protein supplement is badly needed by the students. They say children who have easier access to better nutrition have better education outcomes. 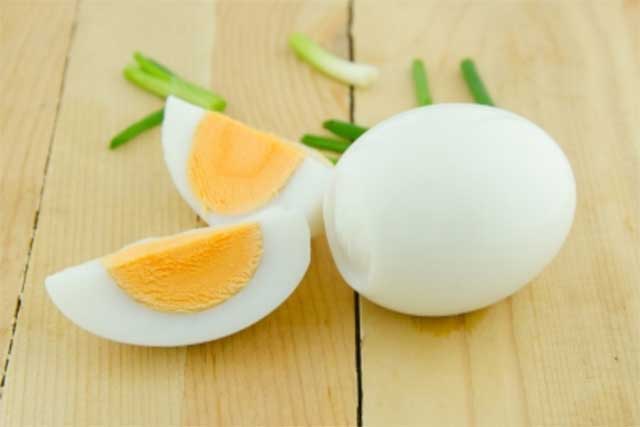 The BJP-JD (S) coalition government in 2007, then headed by H.D. Kumaraswamy, had rolled back its project of distributing eggs to school children, succumbing to pressure from religious groups. However, it is to be seen how the BJP government responds to the issue now.

From December 1, the Karnataka government has started providing boiled eggs and bananas to children studying in government aided schools, aged between six and 15 years and suffering from malnutrition, anaemia and deficiency of proteins.

As many as 14,44,322 students studying in the first standard to the eighth standard in Bidar, Raichur, Kalaburagi, Yadgir, Koppal, Ballary and Vijayapura districts would be the beneficiaries. The programme will end in March 2022.

However, the move by the government is facing stiff opposition. Channa Basavananda Swamiji, National President of Lingayat Dharma Mahasabha, has demanded a rollback of the decision. "There is uniformity among school-going children in terms of dress code, syllabus. There shouldn't be discrimination in terms of food. The government should provide food which is acceptable to all," he said.

"We are discussing a future course of action considering the prevailing Covid situation in the state, and a decision will be taken. Fifteen seers are gathered to discuss the issue," he stated.

Niranjan Aradhya, a development educationist and a former faculty of National Law School of India University, described the opposition to providing eggs to students as a ploy to divide the country based on food. "The government shouldn't succumb to religious threats. The scheme has to be extended to the whole of Karnataka. Eggs have to be given to small children going to anganwadis and students from class one to 10 have to get eggs," he said.

"I don't know why religious seers are getting into it. According to the National Family Health Survey 5th round (2019), in Karnataka, most children are not reaching their ideal height and weight, with stunting (less height for age) of 35.4 per cent, underweight (less weight for age) of 32.9 per cent even before starting their school life at 6 years, and this is more so in children from vulnerable communities," he explained.

When asked how important it is to provide eggs to students in the region, Yadgir District Commissioner Dr Ragapriya R said, "We have seen over the course of three to four months of continuous monitoring, that the children who are being given the nutritional supplement and eggs tend to improve their height, weight and circumference of upper hand, all these parameters do improve."

"In my district (Yadgir) I have not received a single objection so far. No one has come to our office with such a demand."

Providing eggs to students will help. Indian children have the least height in the whole world. One of the biggest reasons is high malnourishment rates. If you give protein automatically the height and weight of the children is going to increase. Even if the children who are getting good nutrition at home are given a supplement of one egg per day definitely their nutritional status improves. Usually better nutritional levels are associated with better learning outcomes, she said.

Basavaraj Dhanur, National President of Basava Dal, stated that they are not opposing eggs for students. "We are only requesting not to distribute them in schools. Let them deliver it to the homes of students or make other arrangements," he said.

Mahaling Swamy Chatnalli of Rastreeya Basava Dal said that Jain, Brahmin and Lingayat community leaders had staged a protest before then Chief Minister H.D. Kumaraswamy's residence opposing distribution of eggs at school in 2007. The decision was reversed. "It hurts religious sentiments. It has to be revoked," he added."

Neighbouring Tamil Nadu introduced eggs with midday meals 50 years ago during the tenure of then Chief Minister M.G. Ramachandran. The Women and Child Welfare department has been providing eggs to malnourished children for many years. The supply of protein in the form of eggs and pulses is seen as crucial during the Covid pandemic as the virus affects those with less immunity.