London, Dec 2 (IANS): The UK scientists have identified "the trigger" that leads to extremely rare blood clots after the Oxford-AstraZeneca Covid vaccine.

The team led by Cardiff University researchers showed how a protein in the blood is attracted to a key component of the vaccine, which kicks off a chain reaction, involving the immune system and culminates in dangerous clots, BBC reported.

To understand the mechanism behind the clots, the team focussed on the previous finding: the greater risk of clots was seen only with some of the vaccine technologies; and people with clots had unusual antibodies that were attacking a protein in their blood called platelet factor four. 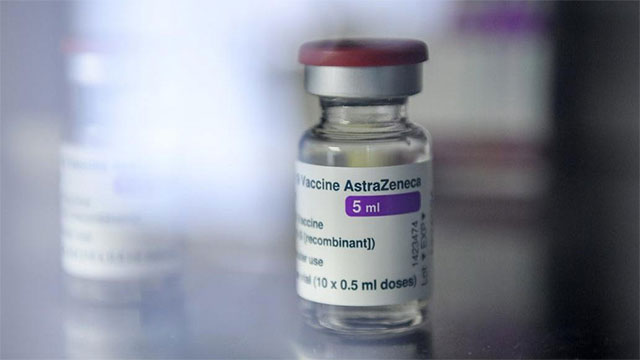 AstraZeneca's vaccine against Covid uses an adenovirus, specifically a common cold virus from chimpanzees, to train the immune system to fight the virus.

The researchers thought the adenovirus might be linked to the rare clots occurring in some people. So they used a technique called cryo-electron microscopy to take images of the adenovirus in molecular-level detail, the report said.

Their study, published in the journal Science Advances, revealed that the outer surface of the adenovirus attracts the platelet factor four protein to it like a magnet, the report said.

"What we have is the trigger, but there's a lot of steps that have to happen next," he added.

According to the researchers, the next stage is "misplaced immunity".

These clots, known as vaccine-induced immune thrombotic thrombocytopenia, have been linked to 73 deaths out of nearly 50 million doses of AstraZeneca given in the UK.

"You could never have predicted it would have happened and the chances are vanishingly small, so we need to remember the bigger picture of the number of lives this vaccine has saved," said Prof Parker.

According to AstraZeneca's spokeswoman, clots were more likely to occur because of a Covid infection than the vaccine, and that the complete explanation for why they occur had not yet been established.

"Although the research is not definitive, it offers interesting insights and AstraZeneca is exploring ways to leverage these findings as part of our efforts to remove this extremely rare side effect," she was quoted as saying.