It was a grand event attended by a good number of spectators from all over Saudi Arabia and participated by 12 teams from Riyadh and Eastern Province of KSA. The event was inaugurated by the president of KWAR, Nazeer Ahmed and ex-president Rajesh Kumar, by welcoming all the participating teams and the enthusiastic spectators.

The game started on a sunny afternoon of Friday and the matches played till early morning of Saturday. The first match was between Arabco v/s Abu Sarmeel Club Teams and Abu Sarmeel Team got victorious by a margin of 2 Sets to 1. 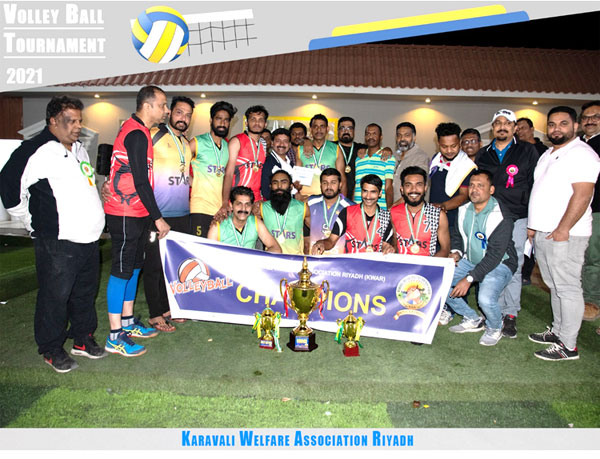 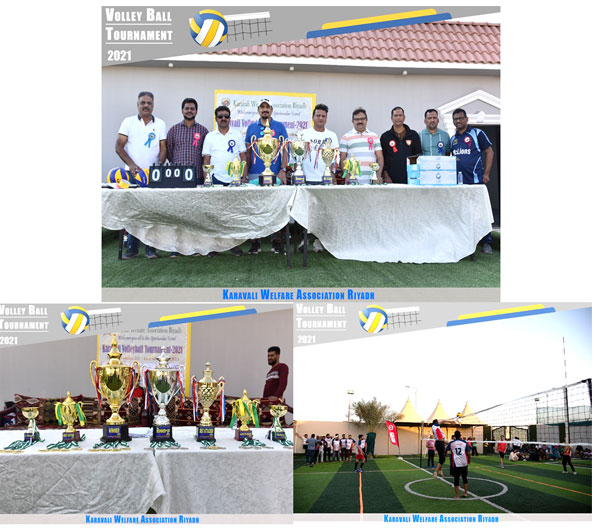 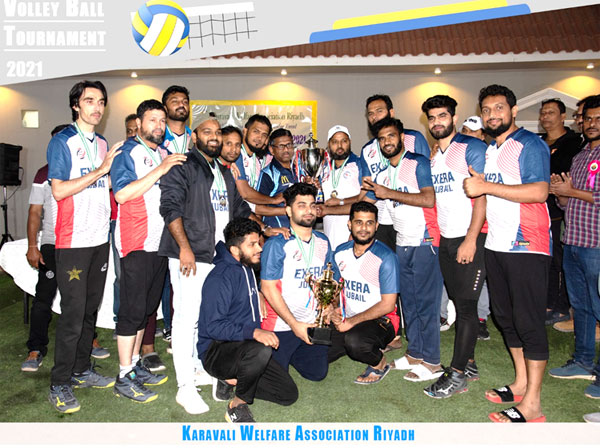 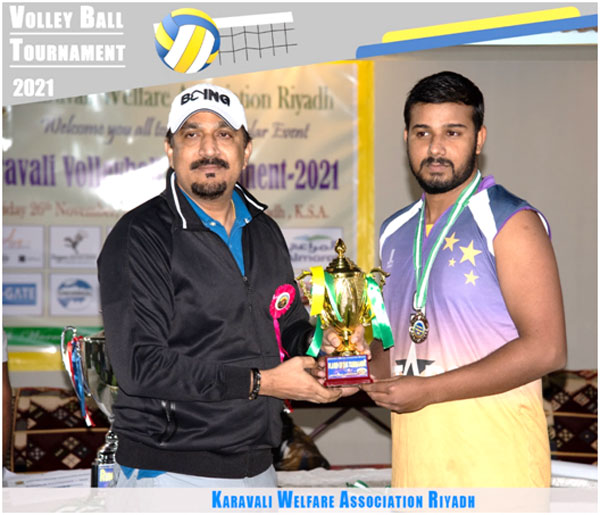 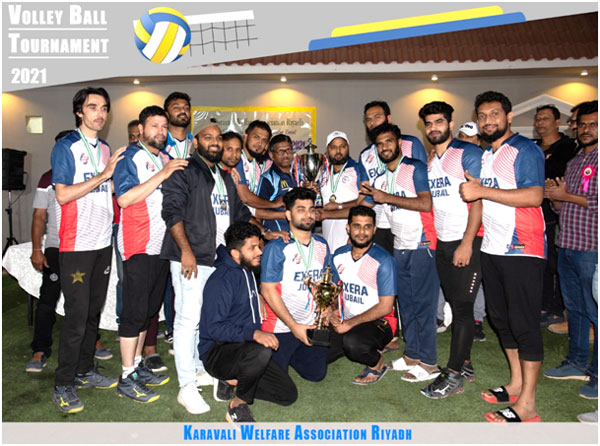 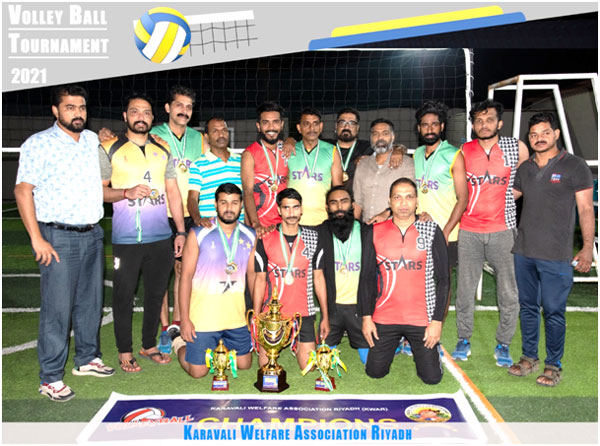 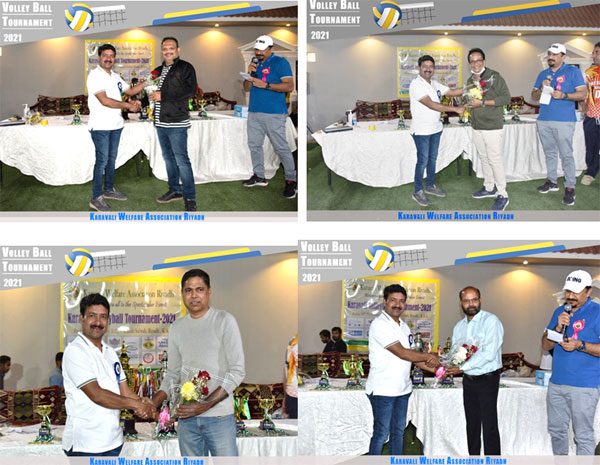 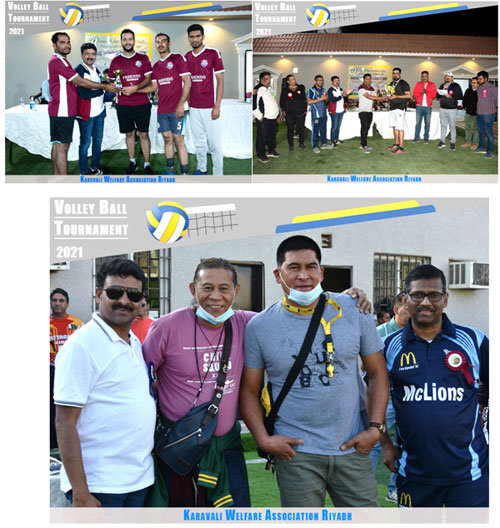 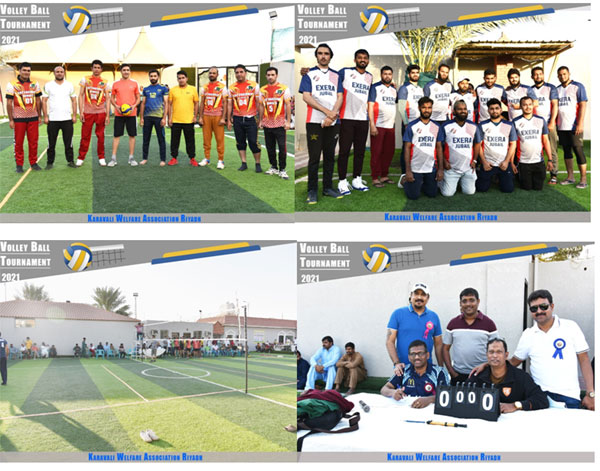 The third match was between Stars v/s Smashers and Stars won with 2 sets to 0.

The fifth match was between Kudla Brothers v/s Desire and Desire won with 2 sets to 1.

The first quarter final match was between Abu Sarmeel Club v/s Desire and Abu Sarmeel won with 2 sets to 1 and reached Semi-Final.

The second quarter final match was between Stars v/s Hadi Hazzazi and Stars won with 2 sets to 0 and reached Semi-Final.

The first semi-final match were between Abu Sarmeel Club v/s Exera Jubail and Exera Jubail won with a victorious margin of 2 sets to 1.

The second semi-final match were between Friends Dammam v/s Stars and Stars won with a victorious margin of 2 sets to 0.

The semifinal matches were a treat to watch. All the teams played to the spirit of the game and Two well fought teams reached the finals. They were Stars Riyadh and Exera Jubail.

The final match was played early morning of Saturday at 01:00 am, surrounded with Cool Breeze and ardent supporters of both teams. After the superb turn around and midst of a cheering crowd the Stars Team emerged as champions of KWARs mega Volleyball tournament.

Jay and Rodel were the official referee for the entire tournament. And the scoring was done by Jayakar and Nelson. Rajesh and Sherief were commentators for the entire event with their hilarious commentary, which kept the audience intact.

The executive members of MASA Dammam were also attended the event and supported us in all ways.

Al-Kabeer Foods, served their variety of snacks throughout the event, and all the spectators enjoyed the delicious snacks.

Soon after the final match, prize distribution ceremony was held. Nazeer Ahmed President of KWAR inaugurated the ceremony, in the presence of all the executive committee members of KWAR.

The glittering trophies, medals and gifts were distributed for the outstanding players as following:

In between the games, the sponsors and donors were felicitated with flower bouquet by the president, Nazeer Ahmed for their contribution and support for the tournament.

KWAR takes this opportunity to thank all our sponsors, donors, well-wishers, participated teams and all the members who over-whelmingly supported us to make this event a grand success.

KWAR also thanks its members and the executive committee Members who tirelessly helped to conduct the tournament and its great success. KWAR also thanked everyone who are directly or indirectly helped to see the event to happen in reality.

KWAR also thank Haneef, Jagadeesh Belchada and group for their whole hearted support for all the ground arrangements of this event.

KWAR strives hard for the unity and strength as well as the welfare of the people from Karavali region, which will not be possible without the support of all members and their families.