Bantwal, Dec 1: After a missing case was registered against a youth at the town police station here, a complaint against the same youth has been filed for allegedly stealing gold worth Rs 2.88 crore from Sulthan Diamonds & Gold in Kasargod.

The youth who went missing is identified as Mohammed Farooq, a resident of Talipadpu in Kaikamba at BC Road.

It is said that his wife had filed a complaint at Bantwal town police station alleging that Farooq had left house to play cricket on November 28 at 7.30 am and never returned. 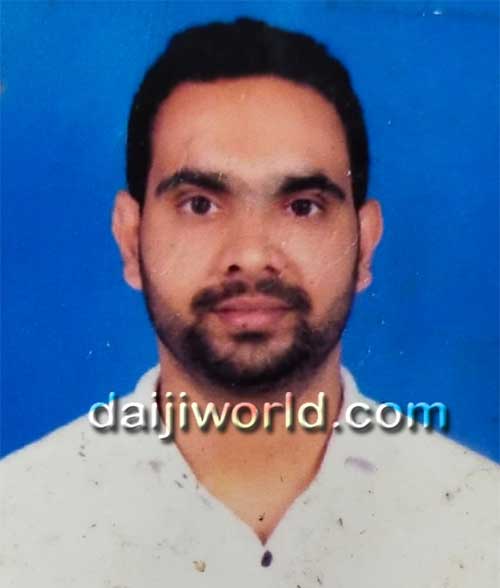 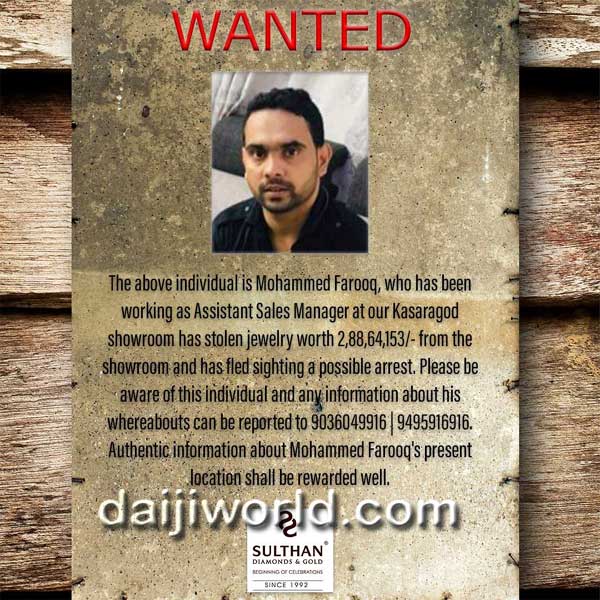 It is now gathered that a case have been registered against Farooq at Kasargod town police station for stealing jewellery from Sulthan Diamonds & Gold showroom.

An employee, who was working in the showroom since one and half year, has stolen gold, diamond and silver worth Rs 2.88 crore, it is alleged in the complaint.

The incident came to light on Saturday November 27 while the accounts of the showroom were checked.

It is said that the Farooq who was working as a sales manager in showroom, fled from the spot while the checking of accounts was in progress on Saturday. He is absconding from Sunday, it is said.