Tumakuru, Dec 1: The funeral of a man who had died on September 18 this year had been performed by his family members. But to their utter surprise and confusion, the man who was cremated by them appeared in person before them.

This incident happened in Kodigenahalli revenue division of Madhugiri taluk, Tumakuru district. Nagarajappa of Malur village, who was a liquor addict, reportedly died because of this addiction three months ago. He had been admitted into NIMHANS hospital Bengaluru and then the emergency section of St John's Hospital there. The doctors had confirmed that he had died at the hospital and the family members had brought his body to the village where his funeral took place. 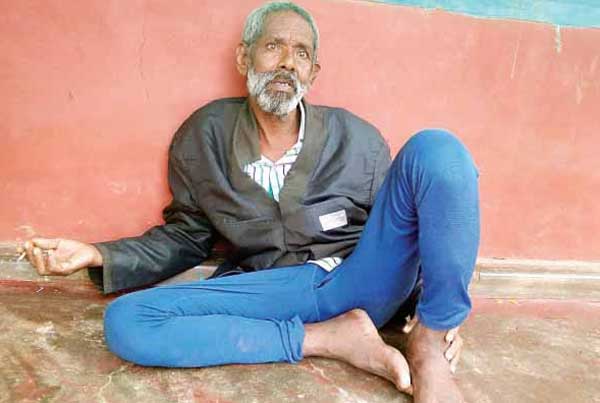 Nagarajappa (55), who was presumed dead, suddenly came home after getting down from a bus on Tuesday November 30. The family members and villagers were taken aback at this unexpected and surprising development. He claimed that he had escaped from the hospital. He just wants to be allowed to remain on his own so that he can live on his own terms and as per his own wishes. But he never has revealed so far where he was all along after he was presumed dead and after he escaped from the hospital.

Nagarajappa's second daughter, Netravati, said that it feels like a miracle. She says that all the family members are happy about the return of her father.

Some villagers speculated that at the time of issuing medical certificates and performing post-mortem, the hospital staff might have handled the corpse of a person whose facial features would have matched that of Nagarajappa.