Gorakhpur (Uttar Pradesh), Nov 30 (IANS): A bride's cousin was beaten to death when he stopped the DJ from playing music to allow marriage rituals to continue.

The incident took place in the early hours of Monday in the Gorakhnath area of Gorakhpur.

The scene was captured by a CCTV camera.

Police are trying to identify the miscreants with the help of the footage and have launched a search for them after registering a case of murder.

Balapar villagers blocked the Tikaria road and held a demonstration, demanding immediate arrest of the accused. 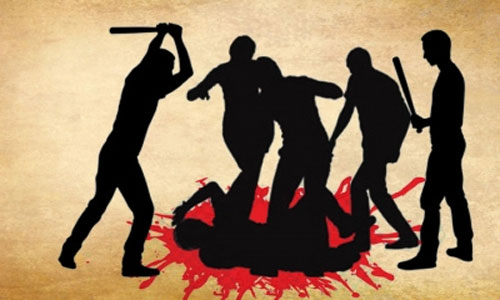 The blockade was cleared after the assurance by police.

The deceased's father Harishchandra Singh, told the police that he was his only son studying in an ITI.

According to reporters, during the marriage ceremony of Sheshnath Singh's daughter, when the bride's cousin Rohit Singh stopped the DJ after midnight, some people of the 'baraat' started creating a ruckus.

Rohit called the police, who calmed them down.

However, when Rohit went out to go home on his motorcycle, some miscreants surrounded him and started beating him with hockey sticks, rods and sharp-edged weapons.

The family members rushed him to a hospital where doctors declared him dead.

Rohit's family claimed that the assailants were the same who had created ruckus after the DJ was stopped.

"In the CCTV footage, four people could be seen beating the deceased. With the help of the groom's family and locals, we are trying to identify the accused and they will be soon arrested," said Superintendent of Police (SP) city Sonam Kumar.