Bengaluru, Nov 24 (IANS): Yusuf Sharif a.k.a KGF Babu alias scrap Babu, the Congress candidate for MLC elections from Bengaluru Urban, has declared Rs 1,743 crore assets in his affidavit to the Election Commission, to become the richest politician of the state.

Earlier, Minister for Small Scale Industries and Municipal Administration in the ruling BJP government, M.T.B. Nagaraj had declared assets to the tune of Rs 1,200 crore and was considered the richest politician of the state, but now Sharif has surpassed him. 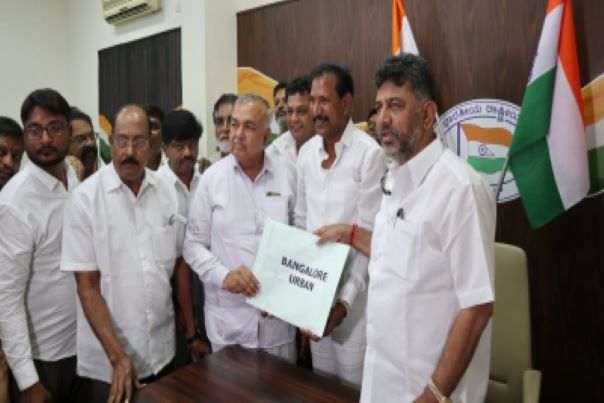 In his affidavit, 54-year-old Yusuf stated that he owned a hand watch worth Rs 1.10 crore and is having 4.8 kg of gold, hundreds of acres of agricultural and non-agricultural land in and around Bengaluru worth Rs 1,593.27 crore. He has purchased a Rolls Royce Phantom car from Bollywood actor Amitabh Bachchan, for which he was in the news recently as transport officials confiscated this vehicle for lack of documents.

Yusuf is the eldest of the 14 children and grew up in poverty. He runs multiple businesses including real estate. Sources claim that his properties are worth more than Rs 4,000 crore.

Yusuf Babu grew up in Kolar Gold Fields (KGF). He worked in the scrap material division of Bharat Gold Mines. His father owned a bakery and when it ran into losses, became an auto driver. Later, he took up the scrap business which propelled him to new heights.