Brahmavar, Nov 23: With the widening of the national highway, road accidents have increased. Most of these accidents involve vehicles. However, it is concerning that more and more animals are losing their lives in accidents.

A number of cattle keep dying in road accidents that have been happening often at Kota, Saligrama, Sastan, and Tekkatte on national highway 66.

On Saturday, a bull died in an accident which happened on the national highway at Chitrapadi, Saligrama. On the very next day, two more bulls were killed. Three to four cows were injured. After getting information from 'Fodder for Cows team, Win Lights Club , Parampalli and Panchajanya Sangha, Saligrama town panchayat president, Sulata Hegde, visited the spot. She gave information to Sastan tollgate and expressed sorrow at these incidents. The 'Fodder for Cows’ team performed the funeral of the deceased cows as per religious tenets. 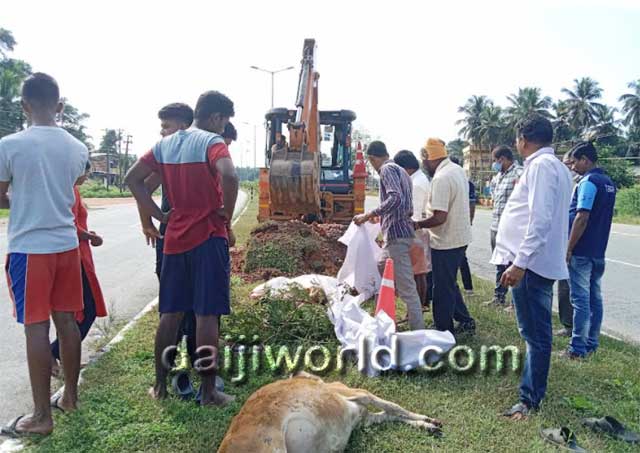 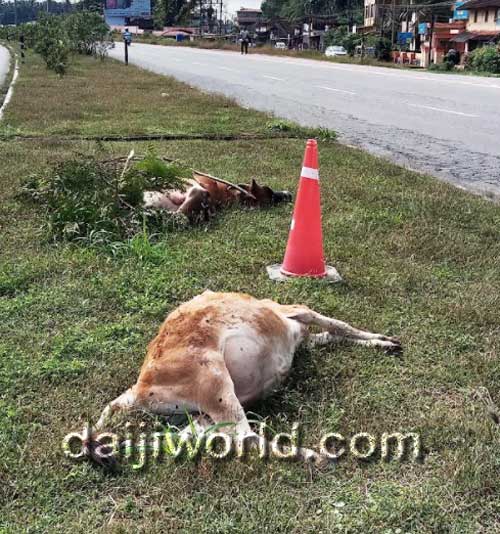 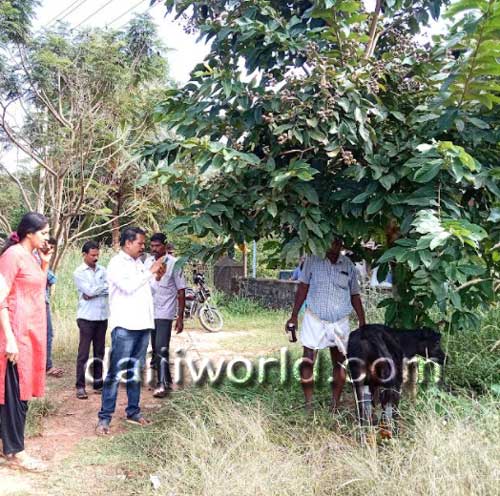 Various organizations including the above have expressed anger at the practice of the people to drive away male calves immediately after they are born. They have demanded that the stray cattle should be sent to cow shelters at the beginning itself and warned the people against forcing male calves to roam around the roads. President of Panchajanya Sangha Parampalli, Krishnamurty Marakala, secretary, Krishna Acharya, Win Light sports club's Krishna Devadiga and office bearers i the 'Fodder for Cows' team, Yogeesh Nairy of Sastan toll and other staff were present.