Bengaluru, Nov 23 (IANS): Amid all the din created in Karnataka in connection with the charges of involvement of top political leaders of BJP and Congress in the Bitcoin scandal, WhatsApp messages of RTI activist Ashok Kumar Adiga have revealed that his complaint with all the details of the scandal was neglected by top IPS officers in the state.

Sources said that Adiga had given information on the Bitcoin scandal to Police Commissioner Kamal Pant on April 20, 2020 and Joint Commissioner (Crime) Sandeep Patil on April 26 via WhatsApp messages. However, these messages were ignored by both the officers. 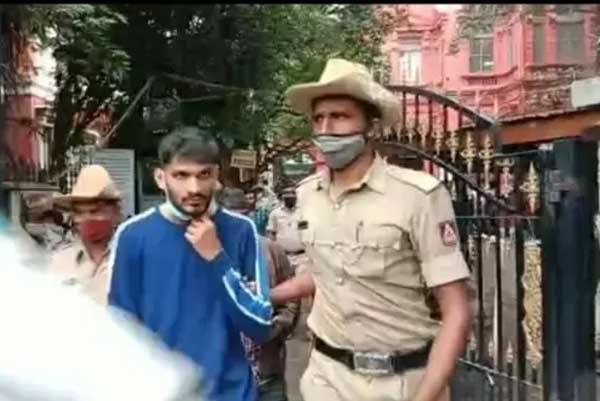 "I had lodged a complaint with you with reference to the corruption in CCB through Bitcoins by Sriki (the kingpin of the Bitcoin sandal Srikrishna a.k.a Sriki). You neglected my complaint and I had to register it with the FBI.

"Now they are investigating it. I have sent you an article. I will again be forced to file a complaint at the highest level if you neglect my plaint," his WhatsApp message sent to Sandeep Patil read.

His message to Kamal Pant read, "Sir, I have collected evidence in three files regarding high level corruption in the drugs case. I have highest regards for you. Before I register the complaint with the relevant authority, I would like to meet you one on one."

However, these messages were neglected by both the officers.

Adiga had submitted his complaints to the Prime Minister's Office (PMO) following Karnataka police officers' apathy towards his complaints.

The accusations included charges of encashing 12,900 Bitcoins when accused Sriki was in police custody. He alleged the involvement of 17 persons in the scandal involving thousands of crores of rupees.

By the time the police arrested Sriki in December 2020, Adiga had given information about his involvement in the scandal. He had also told the police that Sriki had hacked the website of Bitcoin and illegally transferred thousands of Bitcoins to his wallet.

Adiga had also informed top police officers about a case registered in Amsterdam against Sriki and the National Police Corps (NPC) launching a hunt for him. The team is looking for certain unique identification numbers of every Bitcoin, and he had collected certain information on this. He had also told the police that he would approach the Federal Bureau of Investigation (FBI) in this matter.

According to sources, Adiga has told the police that he had got three files from Amsterdam and two from the US in connection with the Bitcoin scandal.

The revelation has rattled the police department. It is to be seen how things are going to turn out as allegations have surfaced against Kamal Pant and Sandeep Patil, both of whom are said to be close to Chief Minister Basavaraj Bommai.