Udupi, Nov 18: The three-day round the clock protest that was being held here by Karnataka Rakshana Vedike (KRV) and Yuvashakti Karnataka in pursuance of their demand to release salary and allowances of the staff manning the dialysis centre here, met its logical end on Wednesday November 18 morning.

District surgeon Dr Madhusudan Rao, met the protestors and held discussions. He appealed to them to withdraw their protest. He informed that the government has already credited a sum of Rs 13 lac to the account here for disbursing salary of employees and also to acquire items needed. He said that by using these funds, salaries will be paid to employees concerned soon. 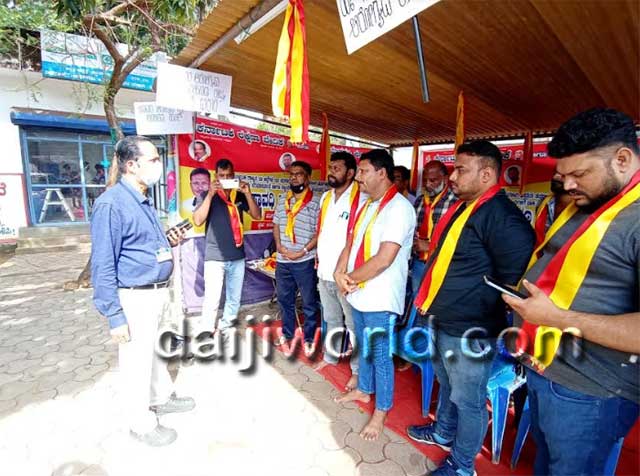 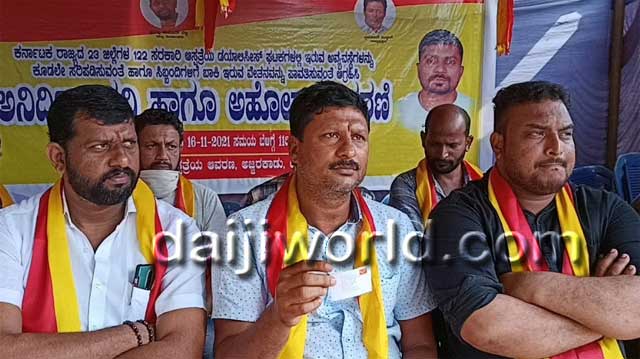 KRV Udupi district president, Ansar Ahmed, noted that their three day unbroken protest has succeeded and the government has released funds for the salary and other items needed for all the dialysis centres in the state. He announced that the protest was being withdrawn forthwith.

KRV was holding the said day and night protest seeking disbursement of salaries of the employees working in 123 dialysis centres in the state and to set right other issues connected with them.