Bengaluru, Nov 14 (IANS): The Karnataka Police, facing criticism in the backdrop of the Bitcoin scandal by the opposition Congress, on Saturday released a detailed four-page press note, refuting all allegations.

The Congress is also demanding a probe by a sitting judge of the Supreme Court. 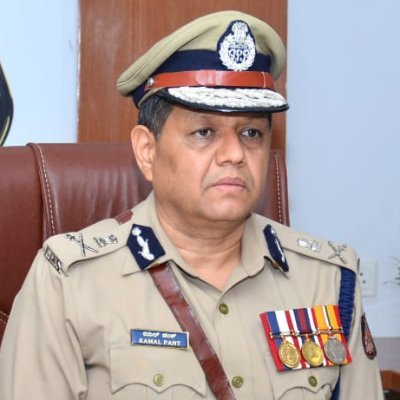 Bengaluru Police Commissioner Kamal Pant has stated the claim made on 'Whale Alert' that 14,682 stolen Bitfinex Bitcoins were transferred is completely unsubstantiated, adding there is nothing to suggest that it originated from Bangalore.

"Since distorted reports are appearing in the media about the Bitcoin case, it is stated that investigation conducted by CCB has been done in a fair and professional manner," he said.

"The law enforcement system and investigating agencies work on certain procedures laid down by law of the land. They cannot act on unconfirmed, unknown social media handles and inputs," he underlined.

"It is a matter of fact that even though the arrest of the said accused attained wide media publicity, till date no foreign law enforcement agencies nor any foreign companies have approached the Bengaluru Police about any hacking, as claimed by the accused," the police officer said.

He further stated that such misleading versions are being floated based on incomplete and distorted facts. "All such versions are vehemently denied."

Hence the facts related to the case are being clarified as under it is stated that on November 4, based on the credible information regarding a drug consignment procured through darknet, CCB Police secured one accused and seized 500 grams of Hydro Ganja.

In this regard, a case was registered at KG Nagar police station under NDPS Act. During further investigation, 10 other accused persons including Srikrishna a.k.a Srikhi were secured and arrested.

During the interrogation of accused Srikrishna, he confessed before the investigation officer about his involvement in alleged hacking of many Crypto Currency Websites.

Since a cognizable offence was made out, a complaint was registered. It is stated that neither any Bitcoins were transferred from the account of hacker Srikrishna, nor any Bitcoin was lost.

During the process of identifying and seizure of Bitcoins, accused Srikrishna showed a BTC wallet, which contained 31.8 BTC.

Subsequently, court permission was obtained to use the password to transfer the said Bitcoins to the police wallet account. Upon reaching the said wallet shown by the accused Srikrishna, it showed 186.811 Bitcoins.

On enquiry, cyber experts opined that the said account claimed by accused as his personal account, was in fact a live wallet of an exchange and accused did not have private key for this.

Hence, the said account was left untouched and as a result, no Bitcoins were transferred to the police wallet. The case has been charged along with the above facts and related documents and is now sub judice.

The accused during his voluntary statement had made a series of claims of high volume hacking of websites, without any specific details. Therefore, a preliminary investigation was conducted to ascertain the veracity of claims made by him.

Careful examination of digital evidence by the cyber experts revealed that the majority of his claims were unsubstantiated. This procedure took time and only after a report was sent to Interpol for further need full at their end, the police said.