Chikkaballapur, Oct 31: In a tragic incident that occurred on the morning of Sunday October 31 at Shidlaghatta here, a boy died after he was attacked by a pack of stray dogs.

The deceased has been identified as Kalandar Khan (11).

He was studying in fourth standard at Shidlaghatta Urdu higher primary school. 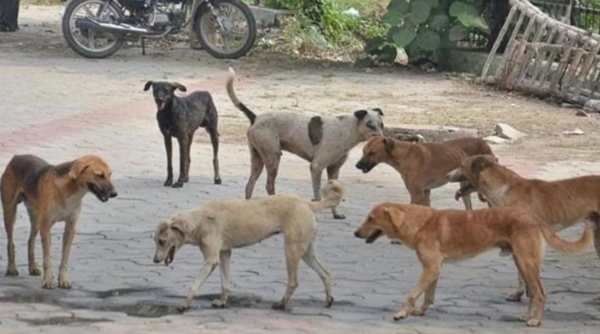 It is said that the father of the boy, who is a daily wage labourer had gone to work on Sunday morning. The boy who came out of the house at the same time was attacked by around 20 stray dogs.

He was severely injured in the attack and collapsed on the road. A passerby chased away the dogs but the boy had breathed his last by then.

Villagers expressed rage at the local administration for not taking any action despite their repeated complaints about street dog menace in the area.