Bantwal: Seminar on centre’s various schemes to be held on October 30

Bantwal, Oct 28: “A seminar on the central government’s Sala Samparka loans and other schemes will be held at Bantwal Bantara Bhavan on October 30. The seminar is being held as per the desire of Prime Minister Modi that the schemes should reach the common people,” said MP Nalin Kumar Kateel. He was speaking after holding a preliminary meeting with various bank officials in the presence of the deputy commissioner in order to make the programme a success.

“Public, private and regional banks, DCIB, MFI, SBFC, Nabard, KVIC, KVIB, DIC, fish cultivation and other departments will participate in the seminar. Information of various loans will be provided, applications will be received and approved, approval letters will be distributed and details of various schemes will be provided in the workshop,” he said. 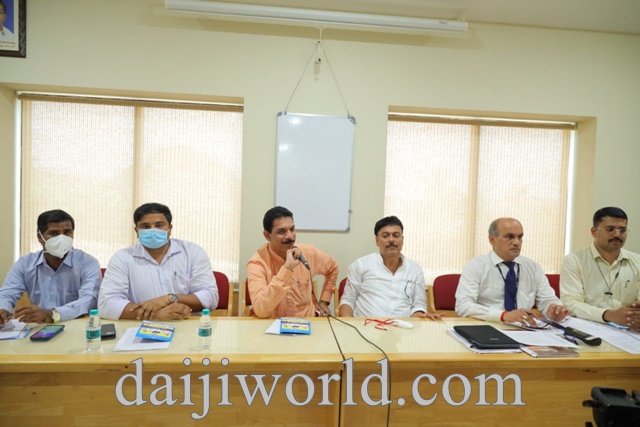 “Awareness will be created about Atmanirbhar schemes, PMSBY, PMJJBY and Janasuraksha schemes. People should make use of the seminar,” he said.

Canara bank general manager Yogish Acharya said that local Kannada knowing staff are being appointed to provide better service to the customers. “There is a rule that the IBB examination should be answered in Kannada. Staff from other states are being taught Kannada through Youtube and Kannada sanghas,” he said.

Union minister Bhagavanta Khooba will inaugurate the seminar. Rajesh Naik will preside over the seminar. Ministers S Angara, Kota Sriniva Poojary, all the MLAs in the district, presidents of various corporations and district level officers will take part.

Title: Bantwal: Seminar on centre’s various schemes to be held on October 30