Mumbai, Oct 24 (IANS): The stunning revelations by an 'independent witness' on the circumstances preceding the cruise ship party raids seem to knock the wind out of the sails of the Narcotics Control Bureau's claims in the sensational operation with 8 youngsters arrested, including Aryan Khan, son of Bollywood megastar Shah Rukh Khan.

Prabhakat R. Sail, 40, released the affidavit of October 23, on Sunday with startling revelations on his 'boss', Kiran P. Gosavi, currently absconding, on the events prior to the rave party raided by NCB Zonal Director Sameer Wankhede and his team on October 2. 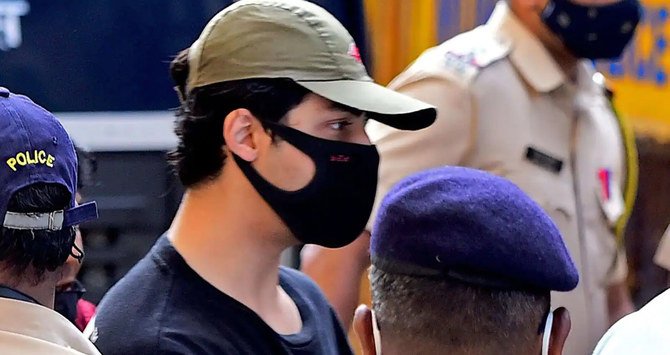 He mentioned how he was ordered to remain present near the NCB office on October 2 morning when Gosavi was closeted with the agency sleuths, came out with one officer and left with him and at noon summoned him to the Green Gate.

There, Sail and Gosavi bought lot of foodstuff including Frankie rolls, cold drinks and water which they took inside the Green Gate near the boarding pad of the cruise ship, and he distributed the eats to Wankhede and other NCB staffers.

Sail remained in the waiting area of the International Cruise Terminal and that afternoon Gosavi sent him few pix on WhatsApp with instructions to keep a lookout for them.

He identified one of the persons and informed Gosavi who replied that he along with 12 others was caught by the NCB.

At 7 p.m. that day, Gosavi asked Sail to bring his Innova car inside after telling the CISF security personnel Sameer Wankhede's name, but the security did not permit the vehicle, forcing him (Gosavi) to come out, change his clothes and again entered the Green Gate.

That night, around 10.30 p.m., Gosavi summoned Sail to the cruiser boarding area where he noticed Aryan Khan, Munmun Dhamecha and others in one of the cabins with the NCB sleuths who had just 'raided' the ship.

Shortly after midnight, Gosavi and an NCB officer took Aryan Khan in the Innova car to the NCB office, while Sail walked down.

Just then, Sail said he got a call from Gosavi instructing him to become a 'witness' in the case, and at the NCB office, Wankhede directed him to one aide named Salekar who took his signature on 10 blank papers, and provided a soft copy of his Aadhaar Card.

Later, Gosavi came down to meet one person named Sam D'Souza, after their brief meetings around the NCB office.

Then, Sail said he and Gosavi left in their Innova, while D'Souza followed them in his Innova Crysta, till the Worli Big Bazaar.

During the early morning ride, Sail said he heard Gosavi telling D'Souza to "put a bomb of Rs 25 crore" and finally settle at Rs 18 crore as "we have to give Rs 8 crore to Sameer Wankhede".

Subsequently, SRK's manager Pooja Dadlani reached there in a blue Mercedes car, after the quick meeting, Sail and Gosavi went near Mantralaya to meet someone, and then they went to Vashi.

Again, Gosavi asked Sail to go near the Indiana Hotel at Tardeo and collect cash, from someone who came in a white car around 9.45 a.m., handed over two bags full of cash which he (Sail) promptly took to his 'boss' in Vashi.

That evening, Gosavi called D'Souza and told Sail to go and hand over the cash bags to him near Inorbit Mall in Vashi, but D'Souza asked him to come near Trident Hotel instead.

After D'Souza counted the cash it was only Rs 38 lakh and Sail returned to Vashi.

"I say that Gosavi is missing now and I now fear that NCB officials and other persons involved may kill me or abduct me like Gosavi. As seen in big cases, witnesses often are killed or taken away and I therefore want to state the truth," Sail signed off.

Sail's closing sentence is reminiscent of the brutal end to Manshukh Hiran, probably the man who knew too much, about the sensational incident of planting a car with some explosives near the home of industrialist Mukesh Ambani in February.

Title: 'The Man Who Knows Too Much'- Witness hammers NCB on cruiser raid