Bengaluru, Oct 24: The price of matchbox, which has not been revised for the last 14 years, is going to be hiked to Rs 2 per box from this December.

So far the price of the matchbox was just Re one per box. The new price will come into force from December 1.

Decision to this effect was taken by the federation of matchbox manufacturers. The federation says that they had to increase the price due to factors like inflation, increase in price of raw materials and increased transport charges due to fuel price rise. 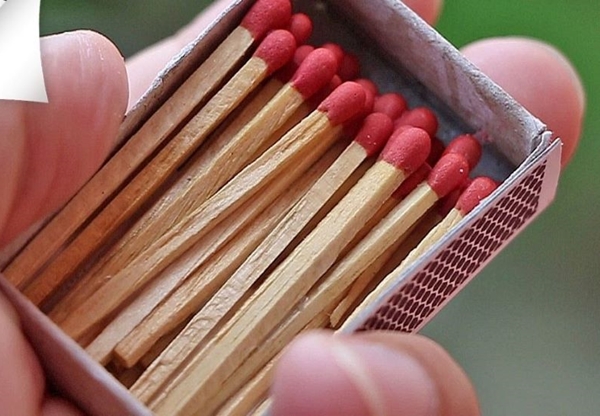 The matchbox was one of the only consumer item that did not see a hike in price despite in the last 14 years. Its price was increased from 50 paise to Rs 1 in 2007, and from 25 paise to 50 paise in 1995. Now the All India Chamber of Match Industry based in Sivakasi in Tamil Nadu has taken the decision to increase the price to Rs 2 per box.

As many as 14 types of raw materials are required to manufacture matchsticks. Price of one kg of red phosphorus which cost Rs 425 has risen to Rs 810. The price of wax has risen from Rs 50 per kg to Rs 80. The prices of outer and inner layers of matchbox have increased to Rs 55 and Rs 58 from Rs 36 to Rs 32 respectively. The prices of paper, splints, potassium chloride and sulphur have also increased from the month of October. Hence this price rise is inevitable, say manufacturers.

The Times of India quoted secretary of the National Small Matchbox Manufacturers' Association V S Sethurathinam as saying that manufacturers have decided to increase the selling price from the units by 60% to ?430- ?480 per bundle which is excluding the 12% GST levied on them.