Uday Kymar, resident of Priority quarters, behind Little Rock Indian School Brahmavar in Chantaru village here, came back home on Tuesday October 19 after work and learnt that his son, Shreyas (18), had not returned after leaving home at 12.30 pm for playing. Uday said he visited the house of Sanjay Raj, friend of Shreyas, to enquire about his son but the boy feigned ignorance. + 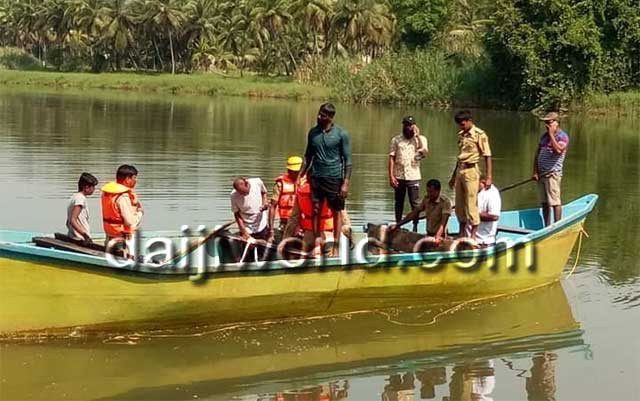 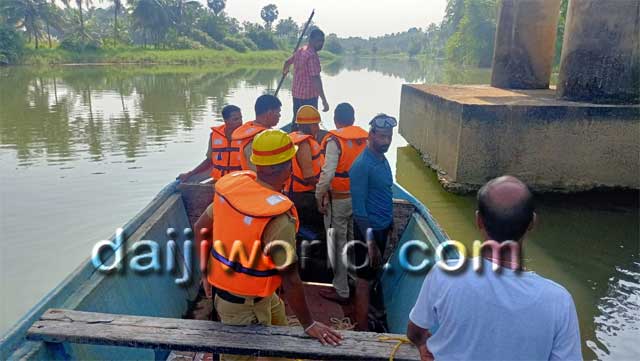 Then he went around making enquiries after which someone told him at 9.30 pm that he had seen a bag, two pairs of footwear, a soft drink bottle and a mobile phone that was ringing, over the pillar putting of the railway bridge across Madisalu rivulet. These things were found on the railway bridge pillar upon verification. Uday Kumar identified one set of dresses and the mobile phone as that of his son. After coming to know that Sanjay Raj and another boy were found in the company of his son, Uday questioned Sanjay Raj in detail at which he said that he, Shreyas and Anas from Swarnanagar Varamballi were together passing through the railway bridge, when the three decided to swim in the rivulet. On this occasion, Shreyas and Anas who went a little further, could not hold themselves because of the depth of the river and drowned. Sanjay Raj said he tried to rescue them but could not. Out of fear, he said he did not reveal about this incident which happened at 2 pm, to anyone.

Police and fire brigade personnel who searched for the bodies found them on Wednesday. Brahmavar police, who registered the case, are investigating.