Riyadh, Oct 20: Border patrol of Saudi seized one ton of cannabis and 66 tons of qat being attempted to smuggle in the Kingdom.

Spokesperson of the Border Guard Col Misfir Al-Qarni said that about 150 persons were arrested with regard to the smuggling. Out of the arrested 47 were of Saudi nationals while 103 were illegal immigrants of which 89 were Ethiopians, 10 Yemenis, three Somalis, and one Eritrean. 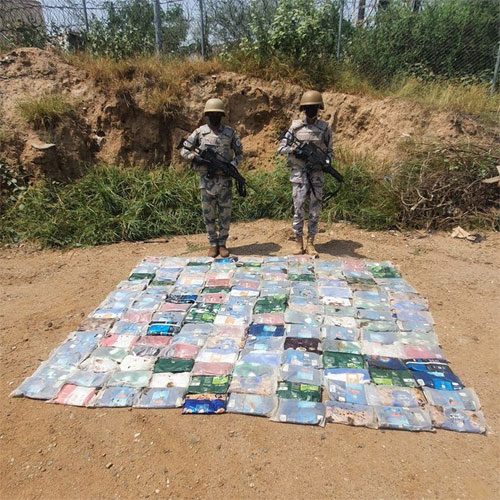 Recently, an attempt to sneak 1.5 million amphetamine pills into the Kingdom was busted by the Saudi authorities.

A Saudi citizen, and a resident of Syria were arrested in Riyadh.