Fresh curbs, lockdown will depend on oxygen demands: Maha govt

Mumbai, Sep 8 (IANS): As Maharashtra grapples with a renewed surge in Covid-19 cases, the state government on Wednesday clarified that fresh curbs or lockdown-like measures would be considered only if the demands for liquid medical oxygen (LMO) crosses 700 tonnes daily.

The fresh spike has raised apprehensions of more restrictions, especially with major festivals like the 10-day Ganeshotsav and Navratri round the corner.

An official said that during the second wave which peaked in April-May 2021, the state LMO production of around 1,200 tonnes daily has now been significantly increased to around 1,700 tonnes. 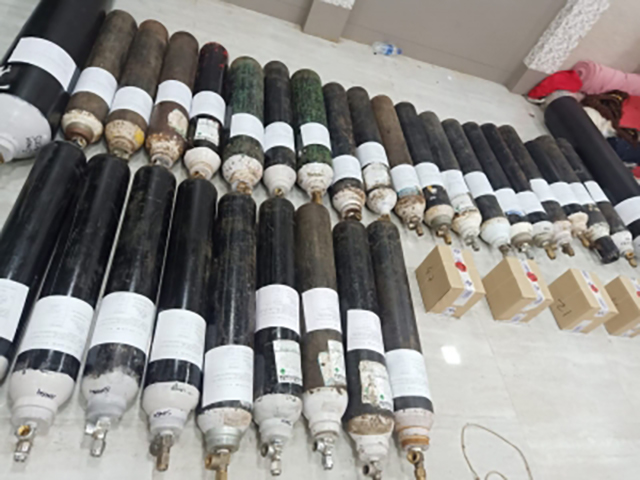 Currently, the state is reporting a LMO demand of over 200 tonnes for Covid patients and 150 tonnes for other patients, but during the expected third wave, the LMO requirements could shoot up drastically.

Chief Minister Uddhav Thackeray is reviewing the daily LMO demand-supply on a regular basis with the ongoing hike in cases but has refrained from imposing new restrictions so far.

Health Minister Rajesh Tope said that as per a Central report, the state could report 6 million cases in the anticipated third wave and the government is making all preparations to tackle it.

"Currently we have a capacity of around 1,500 tonnes of LMO, and with the commissioning of 250 out of 450 PSA plants, we target a capacity of up to 2,000 tonnes daily. However, if the Centre's estimates on the third wave prove true, then we shall need more oxygen," Tope said.

However, he hinted that if the daily LMO demands shoot beyond 700 tonnes, the government could consider new curbs or lockdown style measures.

Thackeray, who is closely monitoring the Covid situation in Mumbai, Pune, Nagpur, and other hotspots that were badly affected in the first and second waves, is expected to take the final call on tightening up measures, if necessary.