Palghar (Maharashtra), Sep 4 (IANS): At least one factory worker was killed, another missing while six others were injured when an explosion ripped through a textile unit in the Boisar MIDC area followed by a huge blaze, police said here on Saturday.

The incident occurred around 5.30 a.m. at the Jakharia Fabrics Pvt. Ltd. when a handful of night-shift workers were on duty, said Boisar MIDC Police Station Senior Inspector Suresh Kadam. 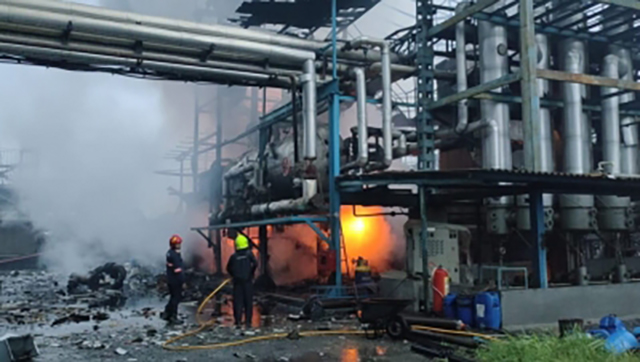 At least one worker was killed, one more said to be missing and six more injured in the tragedy.

Police teams along with three fire tenders from Boisar rushed to the scene and doused the flames in an hour, according to the fire brigade officials.

The Directorate of Industrial Safety and Health has sent a team to join the probe, while the police have summoned the company's top executives from Bhiwandi (Thane) for enquiries.

The injured are identified as: Ganesh Patil, Arvind Yadav, Murali Gautam, Amit Yadav, Umesh Rajwanshi and Mukesh Yadav and they have been rushed to a private hospital for treating their burns.

The body of the deceased worker -- whose identity is yet to be established, has been sent for an autopsy to Palghar, and further probe is on, said Kadam.