Mumbai, Aug 30 (IANS): Token festivities marked the birthday of Lord Krishna -- celebrated as 'Janmashtami' and 'Dahi-Handi' -- owing to rains in most parts of Maharashtra coupled with the Covid-19 restrictions recommended by the Centre, for the second consecutive year here on Monday.

Scores of Krishna Temples in Mumbai, including the ISKCON Temples at Girgaum and Juhu were decorated with bright lights, flowers, the deities sporting brand new attires, though there were no devotees present for the celebrations on account of the Covid-19 protocols.

However, most temples have organised live 'aartis', online 'darshan' and donations and other facilities for devotees to celebrate the festival from their homes safely, as the Corona 'third wave' could be lurking close. 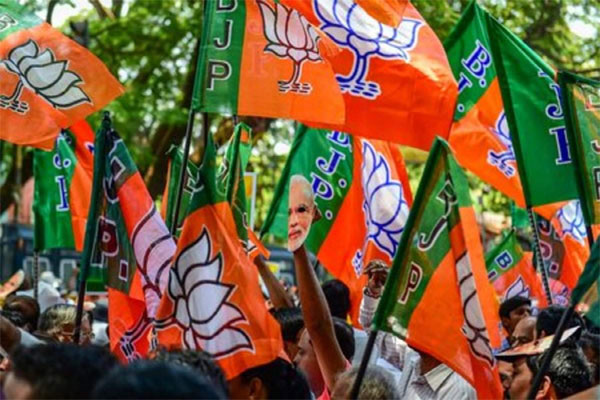 Protesting the continuous closure of temples and other places of worship, the Opposition Bharatiya Janata Party launched a 'shankhnaad' agitation all over the state demanding reopening of the temples.

The BJP agitation came barely four days after the Union Health Secretary Rajesh Bhushan's missive to the Maharashtra government asking it to curb crowded festivities for the Dahi-Handi and Ganeshotsav festivals, both mega-crowd pullers in view of the potential threats from the Covid-19 'third wave'.

The state Health Minister Rajesh Tope has already warned that the third wave could be a possible 'Tsunami' over 6-million (60-Lakh) cases in the state, or triple the figures notched in the first wave in 2020, and higher than the figures recorded in the first and second waves.

In view of the potential threats sounded by the Centre and the state, the Congress Spokesperson Sachin Sawant has attacked the BJP for once again "playing temple politics", and Deputy Chief Minister Ajit Pawar warned that even the 'Jan Ashirwad Yatras' could lead to a surge in Covid cases.

Some BJP activists alleged that while the shutters were downed on temples, other places of worship like mosques or churches were allowed to function as the MVA government wanted to appease minorities and threatened to forcibly enter temples.