Parab has been ordered to appear before the ED on Tuesday, in connection with the ongoing probe into the corruption allegations levelled by dismissed former Mumbai cop Sachin Vaze.

Reacting sharply, Raut gave his 'Congratulation' for the ED's anticipated action, citing the chronology of events. 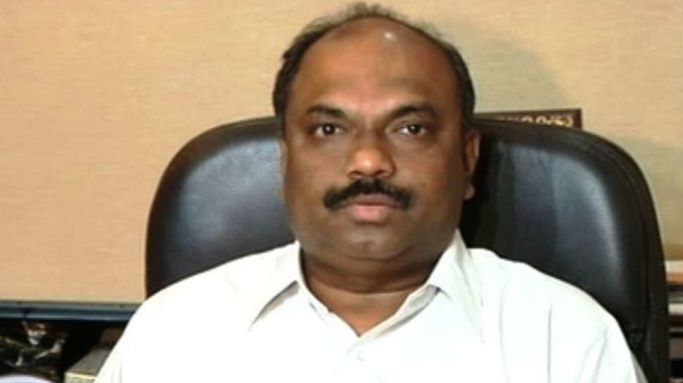 "Shabbaas! As expected, as soon as the 'Jan Ashirwad Yatra' (of Union MSME Minister Narayan Rane) ended, Anil Parab has been served an ED notice. The government above (Centre) has got down to work," he said.

Hinting at the Bharatiya Janata Party's role, he said "epicenter of the earthquake is in Ratnagiri" - the Konkan district of which Parab is the Guardian Minister but said that they will fight the legal matter as per the laws.

The ED move comes in the wake of demands by the BJP in the past four months demanding action for alleged corruption against Parab.

However, Leader of Opposition in the Council, Pravin Darekar denied Raut's allegations and said the ED notice cannot be linked with the recent political turmoil witnessed during Rane's 'Yatra' since it may have been triggered due to some complaint lodged with the central probe agency.

In a series of dramatic developments during the 'Yatra', Rane was arrested last Tuesday (August 24) in Ratnagiri, taken to Mahad court in Raigad which sent him to 10 days magisterial custody, but later granted bail the same night.

Subsequently, the BJP had raised questions of Parab's involvement in the entire arrest drama episode and sought a CBI probe after a video clip of the minister speaking with someone on phone went viral.

Undeterred by the interruptions, Rane resumed his 'Yatra' on Friday in the coastal Konkan even as a bitter verbal war raged between the two ex-allies, Shiv Sena-BJP, though the ruling Maha Vikas Aghadi (MVA) alliance tackled the challenge unitedly.

Rane continued to target the Sena and Chief Minister Uddhav Thackeray while Raut questioned the BJP why it is "shielding" the Rane family with top Central and state leaders throwing their weight behind the Union Minister.

During the 'Yatra', Rane also told media persons that several MVA leaders are on the radar of the ED and the CBI, indicating tough times ahead for the Sena-Nationalist Congress Party-Congress regime.