Puttur, Jun 23: The issue of endosulfan, an insecticide that has ruined the lives of hundreds of people, which was buried in an abandoned old well at Minchupadavu in Nettanige Mudnoor village in the taluk has again become the subject of discussion in conversations. It was reported that after endosulfan was banned in the country, in order to destroy the remaining stock of endosulfan, Kerala government had poured loads of the insecticide into the said well.

Minchupadavu is located on Kerala-Karnataka state border. Kerala Cashew Corporation was cultivating cashew plantations there. Kerala government used to spray endosulfan insecticide to the cashew plants in the region regularly. After many cases of the disastrous side effects of endosulfan use surfaced in Dakshina Kannada and Kasargod districts, the Supreme Court had ordered to ban the insecticide. In the developments following the incident, Kerala Cashew Corporation had undertaken the process of destroying 1,594 litres of the insecticide. It had poured the stock of the insecticide into an abandoned well. This information was provided by a staff working for the cashew plantation at Minchupadavu. 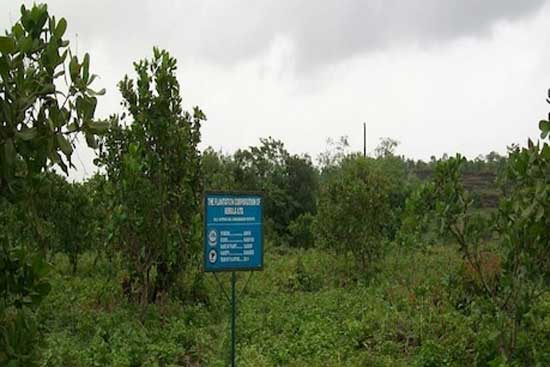 Location of the well

After this matter came to light, people living on the border of the two states had carried out agitations and protests, seeking to dig out the insecticide from this well. Because of this pressure, Kerala health ministry and Karnataka Pollution Control Board had collected samples of water from Nettanige Mudnoor area and sent the samples for testing. No traces of endosulfan had been found in the water samples collected by Kerala health ministry but the samples collected by Karnataka had some floating pollutants as per the test report.

The local gram panchayat had passed a resolution seeking to dig out endosulfan by digging the said well. The then state health minister U T Khader, had visited Minchupadavu and promised to lead a delegation of MLAs to Kerala in an effort to convince Kerala government to dig the well. But the promise remained a promise and the people of the region still are apprehensive. The people had expressed doubts about the testing because the ministries had collected the samples during the rainy season. In the meanwhile, the state human rights activists have taken up this issue. They have brought the issue to the notice of the judge of Karnataka State Legal Services Authority.