'Nobody's dad can arrest me' - Ramdev on trend

Dehradun, May 27: The controversial remark of Ramdev that 'lakhs of people have died after taking allopathic medicines for Covid treatment' which created an uproar in the allopathy medical fraternity shows no sign of winding down as both the parties engage in subsequent war of words. Some even demanded the arrest of Ramdev on his controversial statement as the health care sector is battling to hold the unprecendented surge in Covid cases in the country.

On Wednesday, May 26, another video of Ramdev has surfaced on social media in which he can be heard telling few persons on his interaction with them that 'nobody's father can arrest him', in the context of #ArrestRamdev trend. 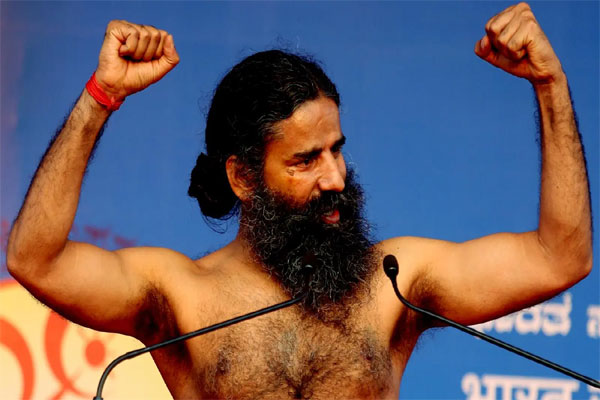 "Khair, arrest toh unka baap bhi nahi kar sakta Swami Ramdev ko (Anyway, even their father can't arrest Swami Ramdev)," he is heard saying. He adds, "They keep creating such trends, like 'Thug Ramdev', 'Mahathug Ramdev', 'Giraftar Ramdev' and so on. Let them do it. Our people have become accustomed to running such trends and our trends always reach the top.

"IMA-Uttarakhand officials said Ramdev's comments 'smacked of arrogance'. However, the police officials said that no complaint has been received so far against him on the issue.

Title: 'Nobody's dad can arrest me' - Ramdev on trend