Bengaluru, Apr 3: In an accident that occurred on the morning of Saturday April 3, at Nelamangala of Bengaluru city between a truck that was transporting poultry and a Wagon R car, a newly married woman from the taluk lost her life. Three others in the car are seriously injured.

Dhanusha (23), wife of Gopik, a resident of Darandakukku of Chikkamudnoor village is the unfortunate woman who was killed in the accident. 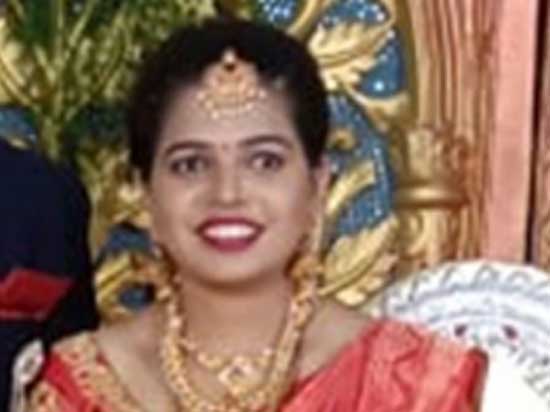 Marriage of Gopik, son of Saivtha Udaya Kumar Naik, resident of Darandakukku and Dhanusha, daughter of Roopa and Padmanabha Shetty, residents of Beltangady Gerukatte Kuntini had taken place on February 21 at Guruvayanakere Buntara Bhavana. The newly married couple were on the way to Bengaluru to take part in a programme that was scheduled to be held in their relative's house in Bengaluru on April 3, along with their aunt Shubhalaxmi and Roopa Venugopal.

As the Wagon R car reached Nelamangala on the outskirts of Bengaluru on the early morning of Saturday, it collided head on with a truck transporting chicken and got mangled. Dhanusha, wife of Gopik, died on the spot. Gopik and other relatives are grievously injured.