Mar 1: They say, "The nation that distorts history, will have its history destroyed". Back in school days in the 90s, we did hear bits and pieces of gossip surrounding Jawaharlal Nehru and other noted figures, like Netaji Subhash, Mahatma Gandhi etc. Stories such as these created temporary buzz and eventually faded as the time passed. However, today with the advent of finger-point social media, the amount of filth that is sprinkled over national heroes and particularly Independent India’s greatest stateman Pandit Jawaharlal Nehru is unfathomable. The lopsided effect of internet and social media is that the technology has been made so much user-friendly that it has been captured by unread hooligans and wandering rogues.

History is the most unsought subject for Indian students at any level, but it is a subject that is readily available on the internet. But people would not make an effort to take a glimpse and verify stories that leak like an epidemic. Indians are generally good with numbers and calculations, but are lethargic in verification. The deficiency of logic in a crowded society may lead to a mayhem. 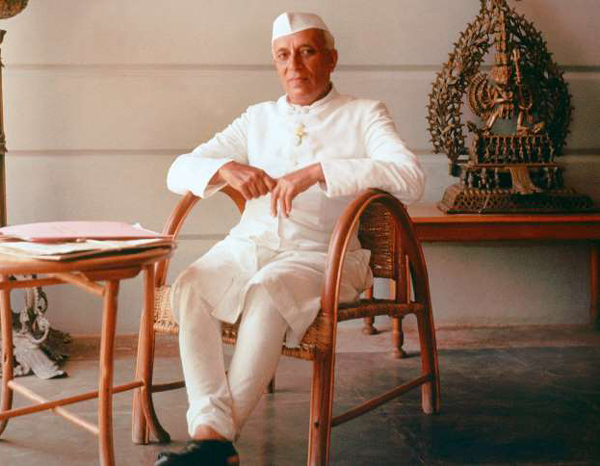 Pandit Nehru has been accused of being an opportunist, a power monger, womanizer and a dynast. He is blamed for providing special status to Kashmir, the humiliation India suffered at the hands of China in the 1962 war, for the partition of India and all the mess (economic, social, cross-border, communal) that the country now faces. The politicians have taken Nehru bashing to a new level. A day or a week hasn't passed over the last few years, without the great man being blamed and reminded for the crimes which he wasn’t a part of, through memes and public statements; to a degree to which the Great Man became the principal opposition for 2019 Lok Sabha elections.

Half truth is more dangerous than a lie. And Indian media (print, TV and internet) knows this fact too well. A lie circulated repeatedly becomes a truth over a period of time and the media and a few failed celebrities’ prey on it. Most of the TV media has been ridiculed as the ‘Godi media’, and rightly so, for the extent of propaganda spread across 24/7. Most TV anchors are showbiz hosts rather than journalists, and therefore push their show ratings by propagating myths, fabricated history and conspiracy theories over and over again.

Nehru was an epic figure in India’s freedom movement. He was ambitious, like any other national figure. He saw himself being elevated as the head of the state post independence. This factor developed into feud between him, Sardar Patel and Muhammad Ali Jinnah, the then head of the Muslim League and founding father of Pakistan. Sardar Patel was a formidable contender in the race for the Prime Minister’s post. Two things that hindered Sardar Patel were his lack of influence with the outgoing British high command and a lesser nationwide mass appeal that Nehru had generated.

Mahatma Gandhi wanted Jinnah for the post of the PM, but Nehru was adamant and wouldn’t let anyone else steal his spot. Jinnah and his Muslim League were floating the two-nation theory vigorously. Nehru firmly believed that a majority Hindu nation of India was not in position to accept a leader of the Muslim League (which was a demanding a separate nation for Muslims). This led to a bitter crossfire with Mahatma Gandhi as well, as Gandhi felt Jinnah was a better candidate to head post-independent India (so as to avoid partition). Despite a considerable opposition to his leadership and power struggle with Jinnah, Nehru prevailed in his fight and succeeded as the Prime Minister of Independent India.

One of the most circulating topic on social media circles are the pictures of Nehru flanked by women and sharing a moment of laughter with Edwina (wife of Lord Mountbatten, the last viceroy to India). The Nehru-Edwina affair was an open topic of gossip in the 1940s and the 50s. The Indian public and tabloid media did have a considerable thrill in this. Nevertheless, it never bothered the Indian public as much as it would have done in this day. There were certainly a few eyes that rolled over their proximity, but it never generated rage against the Prime Minister. The affair was seen as purely a personal matter. But the WhatsApp university never tends to get bored over this dull subject, even after its well past its thrill time.

Nehru’s public image grew and sustained tremendously after independence; he reigned the country for the next 17 years until his death in 1964. Nehru not just built a political party but also built a nation that was vanquished in poverty, sectarian violence and unskilled labour. He initiated five year plans, encouraged home-grown industries, atomic research, power plants, steel plants, coal, iron ore, mining and more. Colossal amount of investment was put into building dams (Bhakra-Nangal project), river valley projects and national highways. Nehru was instrumental in shaping India’s young brains, his administration had invested heavily in education infrastructure, his tenure set up the Indian Institute of Technologies, Indian Institute of Management, All India Medical Sciences, and emphasizing strongly on research, he labeled these education hubs as the temples of modern India.

Nehru’s vision of India was a social democratic secular republic, with a firm eye on scientific temperament. There were certainly a few drawbacks to Nehruvian socialism. After nearly three decades of his tenure, the country never quite got out of its intrinsic problems of poverty, unemployment, underemployment, infant mortality, economic disparity etc. But his policies succeeded in moving the country to a global power house, the fruits of which are being reaped today.

Books of history are the most sacred gifts that one can present to their friends and colleagues in this day and age. Fake stories have become rampantly viral faster than real deadly viruses, leading a mob to decide to burn down house or lynch an individual. Attack on legacy of Jawaharlal Nehru is an assault on India’s heart, the very principle that independent India was founded on.

Disclaimer: The views and opinions expressed in the above article are solely those of the author, and do not necessarily reflect the views of Daijiworld. Daijiworld does not assume any responsibility or liability for the same.