Kochi, Sep 28 (DC): The office of the Inspector General of Police (Kochi Range) came under a cloud in the wake of the sister of the nun who has accused Bishop Franco Mulakkal of raping her filing a complaint in the police seeking a probe into circumstances of photographs of a private function in her family attended by the Bishop being circulated in social media.

In a complaint filed in Kalady police station on Thursday, sister of the aggrieved nun expressed apprehensions about the bishop and his supporters tampering and misusing the photographs to denigrate her family. 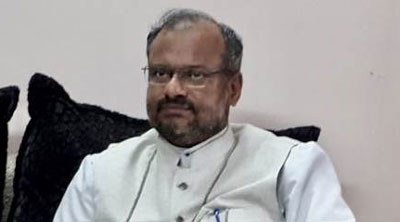 The complainant stated that she has asked the studio owner to hand over copies of the photographs when police requested. The request was made through telephone call from the number 9497998992 which was later found to be used by Ernakulam Range IG.

She also sought the police to take action against the persons circulating the picture. In the complaint registered with police the woman has pointed out that the photographs were taken when the Bishop came to her house for the first communion of her child. The function was held a day after the bishop first sexually assaulted the nun on May 5, 2014.