Kochi, Sep 21 (Agencies): The Kerala Police today arrested bishop Franco Mulakkal for allegedly raping a nun multiple times between 2014 and 2016. With this, he becomes the first Indian Catholic bishop to be arrested in a case of sexual abuse against a nun.

The arrest was made on Friday afternoon in Kochi. He was being interrogated by the police for the past three days. 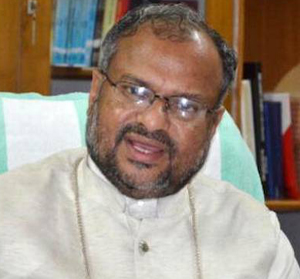 Before arresting the bishop, the police recorded a fresh statement of the nun who has accused him of rape. They also sought clarifications on some evidences.

Mulakkal's arrest comes after three days of questioning during which the bishop made a few inconsistent statements.