Mangalore, Sep 18: The construction industry in Dakshina Kannada and elsewhere is extremely fragmented and dominated by a few major players. Naturally for a new comer it is quite a laborious job to get rooted or even to get noticed. But there are certain exceptions to the generally perceived beliefs. Marian Projects Private Limited a Mangalore-based company which is into real estate, construction, infrastructure and turn key projects, has not only succeeded in getting noticed but has established as a trusted and well-established name in the construction sector of Dakshina Kannada.

With 13 completed projects to its credit and some prestigious and one of its kind of ongoing and proposed projects, Marian Projects has emerged as one of the key players in the competitive, unstable and demanding field of real estate in undivided Dakshina Kannada district. The company is going strong and setting benchmarks with some of its ‘avante garde’ creations in the skylines of the city. Having made its presence felt now the company is asserting its preeminent position as reputed and trustworthy builders with a slew of projects which are in the various stages of construction. Having made a foray into the real estate business in 2008 when the market was facing a downslide, it is indeed exemplary that the Company has been able to consolidate and emerge victorious in the face of stiff competition. 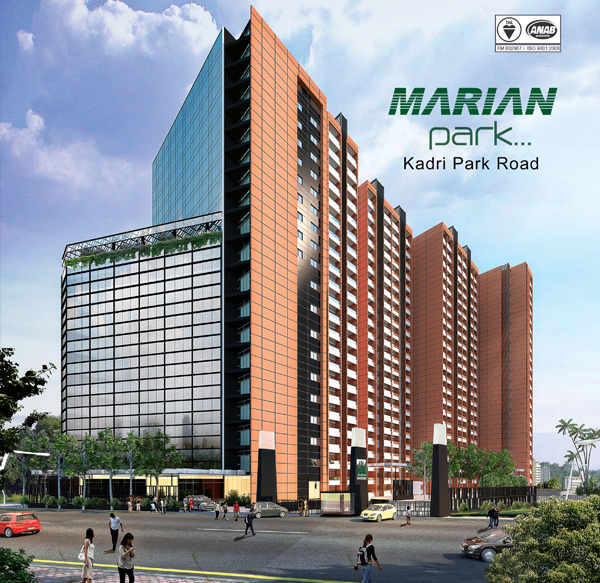 The young, go-getting, energetic and visionary Directors of Marian Projects have faced the challenges posed by the industry effectively to find a firm base in this sector. Today the company is sitting pretty with a slew of completed, ongoing and proposed projects making it one of the foremost players in the real estate kaleidoscope of Mangalore.The three on-going projects– Marian Park at Nanthur, Proximus at Urwa and Marian Gardens at Anegundi in Bejai are sure to give an impetus to their portfolio which is already on a higher pedestal.

The most go-getting of projects which can be rightly termed as the magnum opus from the house of Marian Projects is “Marian Park” coming up at the most sought after and high-class locality, opposite to Kadri Park Road in Nanthoor. This is the 16th project of the group and the most ambitious one and needless to say expectations are sky high. Spread over a vast hacienda of 4 acres of land within the most convenient and accessible part of the city Marian Park is a combination of luxury residential cum commercial complex. The 13 independent villas spread over 1.5 acre green spaces with all the facilities of residential apartments will also form part of Marian Park. “This 1.5 acre of land is a lush green coconut grove and we are trying to retain the much adored greenery and make this a green community project”, asserts Naveen Cardoza, one of the Directors. “Green community or green building is no more a niche market in this city. Today it is a big business and can be rightly said to be the future of the construction industry without which it is not viable to do business”.

What makes Marian Park the most eagerly awaited project is its exceptionality and also for the fact that it is expected to be the trailblazer in more than one ways. The project is coming up just next to Doctor’s colony, known as one of the two luxury villa projects within the city limits of Mangalore, the other being Heritage Villa project at Attavar. The project comprises of ground plus 25 floor, plus 6 levels of parking and offers 300 units of 2, 3 and 4 bed room apartments with panoramic view of the sea and picturesque surroundings of the Kadri park area. The project which is slated for completion in late 2017 offers 8 floors of premium office space leaving the rest for residential purpose. A four star hotel and retail space in the ground floor is the hallmark of this project. 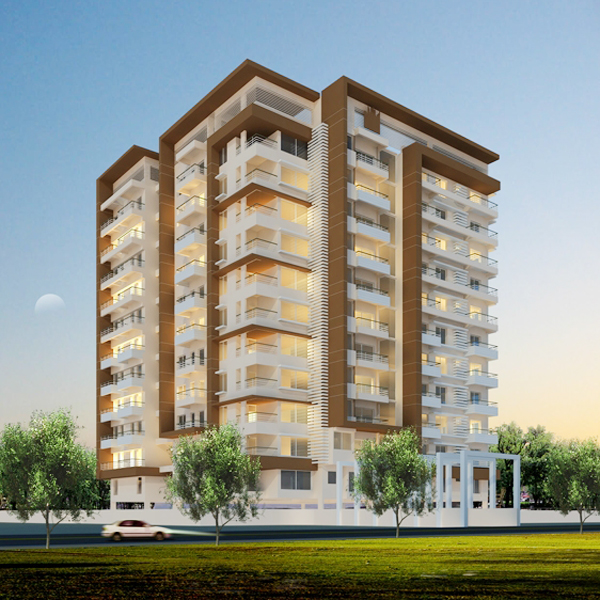 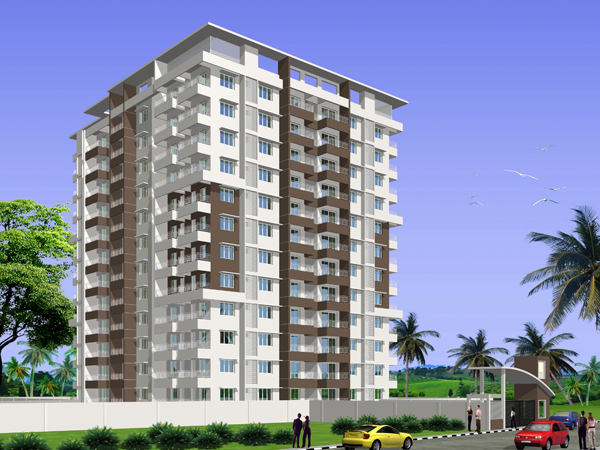 This project is also unique in the sense that it is coming right across the two lakes adjoining doctor’s colony and four of the proposed independent villas will be facing the lake directly. Another distinguished facet of the project is that it has got a bridge that will overlook the valley from three sides and it will have a 600 meter long jogging track, the first of its kind in entire Karnataka. It is also the first project in Mangalore to have six basement parking area with a facility to park 140 cars on each level.The 20,000 sq feet club house area also forms another attraction of the project. The location of “Marian Park” in the picturesque vicinity in and around Kadri Park has raised the value of the project to sky high.

“Proximus”, is another project from the house of Marian Projects Pvt Ltd which is creating quite a flutter in the real estate scene in the city. Located in another upcoming area in Urva Stores this is an residential project from the company - its 14th project. This is a 11 storyed residential project offering 2 levels of parking and world class amenities offering 44 units of 2BHK and 33 units of 3BHK apartments.

Setting goals and accomplishing them to the best of their satisfaction has been the watchword with Marian Projects which follows strict business ethics. Having strengthened their base in the field, company is now marching ahead in creating its own niche in the market. This is evident from it’s yet to be named, but soon to be launched ambitious project coming up in Yeyyadi, on Airport road. ‘This is a five year project, tailor-made for those who are on the lookout for top class apartments as an investment option. This will be completed in phases and it is mainly for people with a vision and with a penchant for pharaonic splendor.

The project located on Airport road with proximity to all the conveniences of life is coming up in a 16 acre land offering about 600 apartments and 80 independent villas , each of 2500 sq ft. This ground plus 25 floors residential cum commercial project is sure to re-define luxury living in Mangalore. The company is leaving no stone unturned in its efforts to reach its target audience. “We have been able to win the trust and loyalty of our customers due to the strict adherence to our motto ‘Quality Through Perfection’. Maintaining quality, paying attention to aesthetics and giving true value for the investment of the customers has seen us through in the initial years of the company & consistent performance has placed us in the position of eminence we are in today” Naveen Cardoza declares.

Marian Infrastructures established in 2008 was rechristened as Marian Projects Pvt Ltd in 2011 with a board of directors forming the Top Management Team and has since been witnessing a steady progress. Behind the success lay the hard work, unrestrained enthusiasm and a burning desire to be the best in the business.

Apart from the prestigious ongoing projects the company has many proposed projects which are ready to be launched in a year or two. There are also many other projects in the pipeline which might be finalized in the days to come. It means that Marian Projects is here to stay and that too with high credibility and reputation as real estate developers who ushered in a new wave of projects that changed the skyline of Mangalore.