Not sad on being called Siddramullah Khan: Siddaramaiah

Bengaluru, Dec 7 (IANS): Karnataka Opposition leader Siddaramaiah while responding to the BJP calling him 'Siddramullah Khan' said on Wednesday that he was not sad at the Muslim name.

"I am not surprised at this propaganda by the BJP," he said. 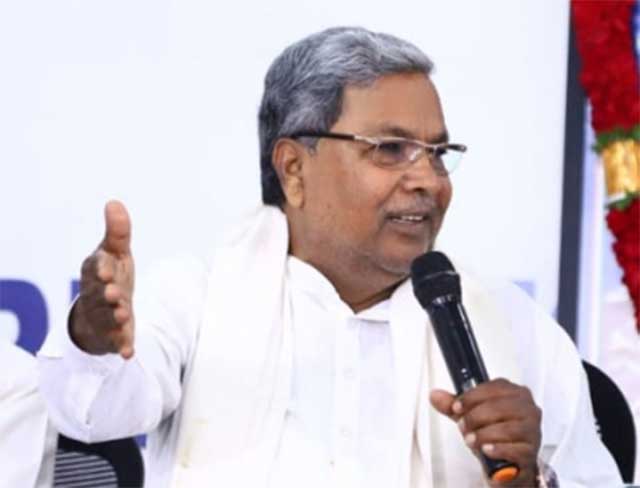 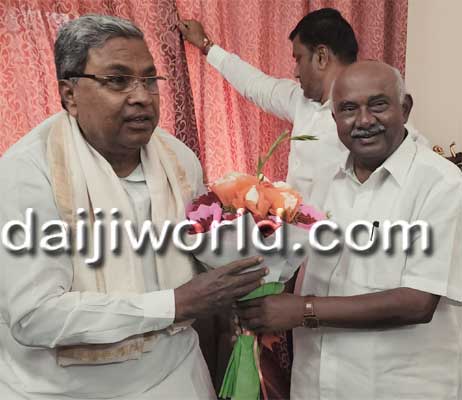 National General Secretary and BJP MLA C.T. Ravi had attacked Siddaramaiah and called him 'Siddramullah Khan'. Later the ruling BJP party supported him on his statement.

"BJP has made lies, propaganda and assassination of character as part of their political propaganda. It's attempt to give me the Muslim name, Sidramullah Khan, is not surprising," he said.

"I am from the heritage of Santa Shishunal Shareef, who was born in a Muslim family and became protege of Govinda Bhat. Sufi saint Kabeer, who was a Muslim, and became a disciple of Saint Ramanand. I hail from our heritage," Siddaramaiah stated.

"By adding the Muslim name to my name, the BJP leaders have acknowledged my secular stands and belief. I have been called 'Anna Ramaiah', 'Raitha Ramaiah', 'Kannada Ramaiah' and 'Dalita Ramaiah'. Likewise, I will be happier if I am called as Siddramullah Khan by recognizing my contribution to the Muslim community," he said.

"I am opposing Muslim fundamentalism as I oppose Hindu fanaticism. I have not practiced politics of blaming the whole Muslim community without differentiating between good and the bad," he said.

"I have set aside funds in the budget to fulfil the basic needs of Muslim community. I am proud of it. People have realized that the controversies and violence that were created by the BJP in the pretext of opposing Tipu Sultan are farce," Siddaramaiah said.

"There are photographs from BJP CM's to MLA's participating in Tipu Jayanti and praising him. Former CM Jagadish Shettar of BJP, during his tenure got a 400-page book on Tipu Sultan published and he had written a foreword also appreciating Tipu Sultan.

"During my tenure as the CM, former President Ram Nath Kovind had mentioned the achievements of Tipu Sultan."

Siddaramaiah further explained that the ruling BJP was falsely holding him responsible for the killings of the Hindu youths. Union Minister for State Shobha Karandlaje had written a letter to then Union Home Minister Rajnath Singh that 24 Hindu youths were killed in Karnataka. She had included the name of the person who was alive. The CBI investigation had found that Paresh Mesta died accidentally.

During the same period, 11 Muslims were also killed and all the accused were workers of the Bajrang Dal and Sangh Parivar organisations. "I will not request the BJP to stop the propaganda. People of the state are mature and wise enough to understand," he said.

"We can't expect anything apart from this. BJP can't even show its tainted face to voters with zero performance, corruption. This shows their helplessness and frustration," he said.

Title: Not sad on being called Siddramullah Khan: Siddaramaiah