Bengaluru, Dec 6 (IANS): A man has been arrested on charges of killing his bed-ridden wife, paralysed for the past two years in Bengaluru, police said on Tuesday.

The arrested has been identified as Shankarappa (60), a resident of Turahalli in the outskirts of Bengaluru.

According to police, Shivamma (50) was paralysed and bed ridden for the past two years. She couldn't move both her legs and needed full time care. 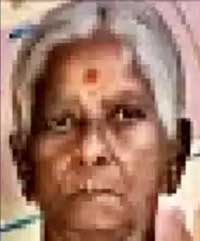 Shankarappa, the accused, was working as the watchman of an under construction building for a year. He resided there with his wife and two children. Shankarappa was disappointed with the plight of his wife and hated to take care of her, police said.

On Sunday noon, the accused lifted his wife and threw her into a 9-feet deep sump filled with water and killed her. When the couple's 11-year-old son, who had gone out, returned home, he saw his mother's body in the sump.

He rushed to near-by garage and sought their help. Later, police were also informed and the body was sent for post-mortem. Talaghattapura police took the man into custody and upon questioning he had confessed to the crime, sources stated.