Koppal, Dec 4: Large and Medium Industries Minister Murugesh Nirani has declared that he does not believe in dynasty politics and made it clear that his son Vijay Nirani will never enter politics.

Speaking in Koppal, the minister said he and his brother Hanumanthu Nirani, who is serving as BJP MLC, are the only two persons in his family in politics.
"Under no circumstances will my son enter politics. Apart from myself and my brother Hanumanthu, nobody in our family are in politics,’’ he said declaring that "if a third person desires to enter politics in our family, I will retire.’’ 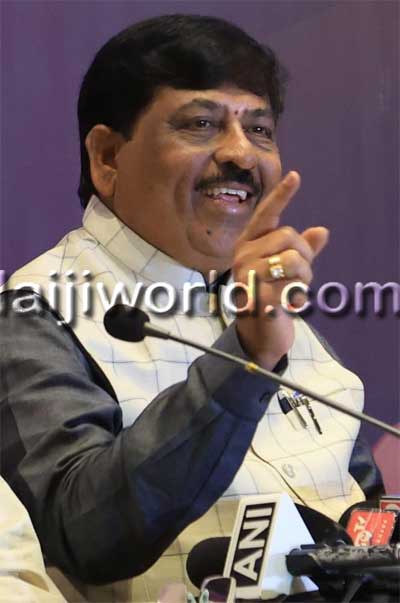 Nirani said his son is an industrialist and is busy with his work and addresses people and students in India and abroad in his capacity as an entrepreneur.
At the same time, the minister said his other brother Sangamesh Nirani is free to decide on entering politics as it is his decision. "But my son is not interested in joining politics,’’ he asserted.

In a veiled attack against senior BJP leader Basanagouda Patil Yatnal and Vijayanand Kashappanavar, both of whom belonging to the Lingayat community, Nirani said people know the truth even though attempts were being made to project him a stumbling block in the demand for reservation for Lingayats.

He clarified that he had made it clear that reservation benefit must not be restricted merely to Panchamasali community but the entire Lingayat community. "I stand by my statement,’’ he said.