Maradona died on November 25, 2020 of a heart attack at home at the age of 60, after brain surgery for a subdural hematoma.

Lionel Messi uploaded a story to Instagram with a photo of the legendary football star wearing his number 10 blue and white jersey.

Manager Lionel Scaloni noted, "it is a very sad day," referring to Maradona's anniversary, during a press conference ahead of Saturday's match against Mexico in Qatar, reports Xinhua. 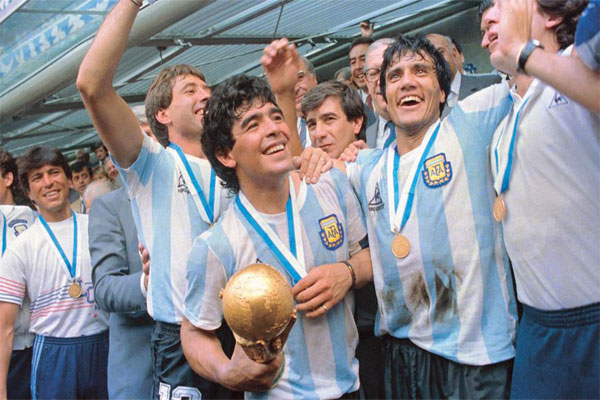 "We hope to bring him joy tomorrow if he is watching from heaven," he said, adding that "it seems unbelievable" that Maradona "is not here."

Striker Lautaro Martinez commented that the squad is "thinking very much" about the greatest Argentine World Cup figure, who led Argentina to the championship in Mexico 1986 and to the runners-up in Italy 1990.

"He was a very important person to Argentina, but also to world soccer. It is a sad day for all of us and hopefully tomorrow we can bring him some joy," Martinez said.