Man on his way from Kaup to Mumbai suffers cardiac arrest at railway station, dies

Kaup, Nov 24: In a tragic incident that occurred at Thane railway station, Sudhakar T Anchan (52), member of Mumbai Billava association and assistant manager of Bharath Bank Vile Parle (E) Mumbai died of cardiac arrest as he was alighting from the Mumbai Express train on Wednesday November 23.

Sudhakar had come to Kaup to attend in the marriage function of his close relative. He is survived by mother, wife and son. 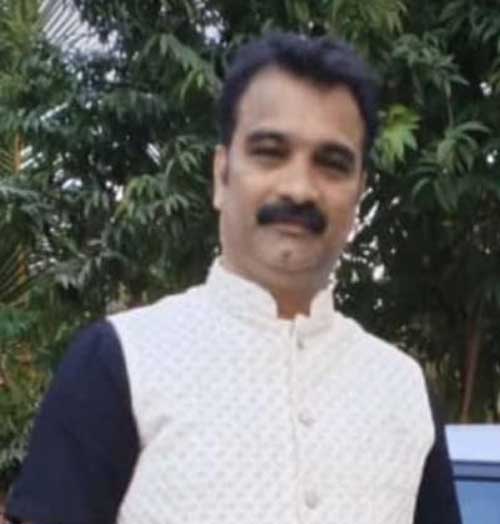 After attending the marriage function at Kaup, Sudhakar was returning back to Mumbai on Mumbai Express train and suffered cardiac arrest at Thane railway station as he was alighting from the train.

Sudhakar was native of Katpady and well known as Billava community leader. Rajshekhar Kotian, president of national Billava mahamandala, former minister Vinayak Sorake and many prominent leaders have expressed their condolences on the untimely demise of Sudhakar.

Billava Association Mumbai offered tribute to Sudhakar T Anchan. In its condolences message, the association said, “We regret to inform the sad demise of member of our association and assistant manager of Bharath Bank Vileparle East, Sudhakar T Anchan, brother in law of Rajshekhar Kotian, president of Billava Mahamandala.

“He died while he was returning after partaking in the marriage function of Rajshekhar Kotian’s son at Kaup. As he was alighting from Mumbai Express train at Thane, he collapsed and died.

“As parents, family and other close relatives of deceased Sudhakar are in Udupi, his final rites will take place at Katpady on Thursday. We pray almighty for peace and sadgati to his soul.”

Title: Man on his way from Kaup to Mumbai suffers cardiac arrest at railway station, dies