Mumbai, Nov 22 (IANS): In a sharp attack, Chhatrapati Udayanraje Bhosale on Monday labelled Governor Bhagat Singh Koshyari as "third class" and said he should be shunted to an old-age home.

Bhosale, who is the 13th direct descendent of Chhatrapati Shivaji Maharaj, also slammed Bharatiya Janata Party spokesperson and MP Sudhanshu Trivedi for his remarks on the great Maratha warrior king.

While the Governor had called Chhatrapati Shivaji Maharaj an "icon of the old era", Trivedi has reportedly claimed that the Maratha king had apologised to Emperor Aurangzeb five times. 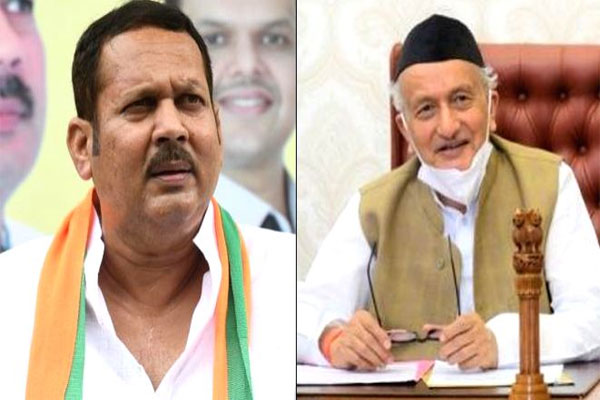 Targeting both, Bhosale said that "perversion has no party or caste, and such perverted persons should be thrown out of their parties".

"The Governor should be thrown out of Raj Bhavan and then dumped away somewhere... He has been sitting there for a long time, and doesn't deserve to continue there. He is 'third-class' and should be sacked forthwith and sent to an old-age home," said a fuming Bhosale.

Hinting at a further course of agitation, the Chhatrapati scion said that the Governor is old and doesn't realise what he's talking about.

At a function in Aurangabad, the Governor referred to Chhatrapati Shivaji Maharaj as "an icon of the old era" and then termed the late Dr. B. R. Ambedkar and the current Union Minister Nitin Gadkari as "modern-day icons", sparking a furore in the state's political circles.

In his speech, the Governor said: "In the past, when you are asked who is your icon, the answer used to be Jawaharlal Nehru, Subhash Chandra Bose or Mahatma Gandhi. But in Maharashtra, you don't need to look far... There are many icons here. While Chhatrapati Shivaji Maharaj was (an icon) of the olden times, in modern times there are Ambedkar and Nitin Gadkari."