Udupi, Nov 21: Udupi district police have arrested two persons in connection with serial thefts that happened in schools and colleges of the district.

The arrested are identified as Kumaraswamy (59) of Tamilnadu and Zahid Sinan (32) of Hejamady. 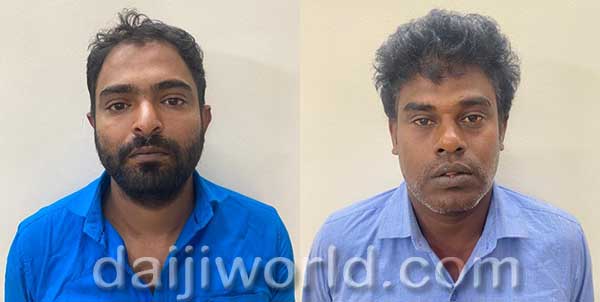 The duo had broken into 27 schools and colleges of Udupi districts. Additionally they were facing charges of thefts in schools and colleges and also in two cases in Mulky police station limits of  Dakshina Kannada, Teerthahalli, Hosanagara, Rippanpete, of Shivamogga district and two cases in Murudeshwara police station of Uttara Kannada district also.

A bike, two mobile phones and Rs 10,000 in cash has been seized from the duo.

Zahid Sinan had rented a house in Santhekatte for carrying out theft activities.