The girl is identified as Anushri and is the daughter of Arun Kumar Shetty and Bharathi. While father Arun Kumar Shetty works as the deputy director of Akshara Dasoha scheme in Kundapur, mother Bharathi works as a teacher in Hakladi High School. 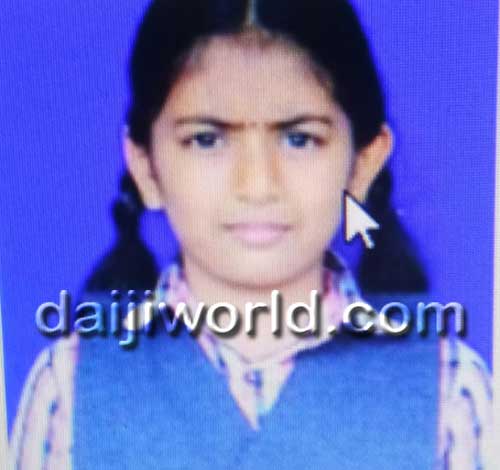 Anushri collapsed all of a sudden and lost consciousness when she got up to see if someone had called out to her. She was immediately rushed to a hospital. An autopsy was also conducted on Anushri at the Manipal hospital. However, details of the report are awaited.

Anushri was studying in class eight at the Hattiangadi Siddivinayaka Residential School and was in the forefront of extracurricular activities as well.

Anushri's eyes were donated and her last rites were conducted at Bharathi's mother's house on Thursday night.