Islamic Federation of Tamil Nadu under scanner of Central agencies

Chennai, Oct 5 (IANS): The Central intelligence agencies have upped the ante on a newly floated Islamic outfit, Islamic Federation of Tamil Nadu, which was launched at Coimbatore on October 1.

The outfit which has representatives drawn from Social Democratic Party of India (SDPI), the political arm of the banned Popular Front of India, the Islamic Law Research Council and a few other like-minded organization has M. Rahmatullah as the interim coordinator. 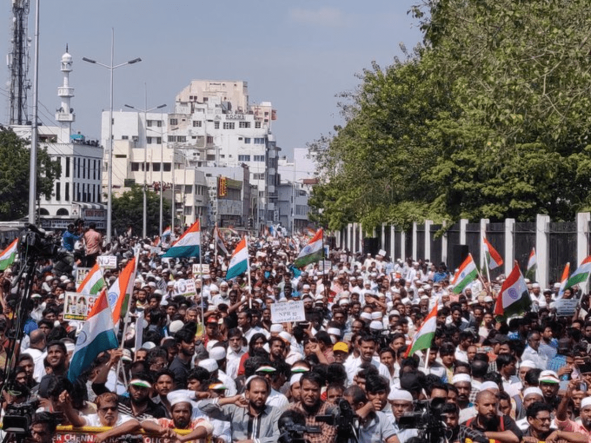 The organization which is registered as an NGO has five objectives that include, making education facilities available to all, recovery of properties that belonged to the Wakf board and illegally occupied, arbitration and mediation centres for Muslims who face issues in marriage, creating of a bank that provide loans without interest and a law university.

While Rahmathulla has categorically denied any connection with Popular Front of India (PFI) and that the intelligence agencies are part of the WhatsApp group of the organization, sources in the agencies told IANS that they have kept a tab on the new movement.

It may be noted that Coimbatore has been the hub of Islamic terror movements with 58 people being killed in a series of bomb explosions on February 14, 1998. The serial bomb blast was aimed at the then Deputy Prime Minister of the country, L.K. Advani. Several Islamic leaders including Abdul Nasser Madani and S.A. Basha of Al Umma were arrested and remanded in prison after the blasts.