Bengaluru, Oct 5 (IANS): Karnataka Congress alleged on Wednesday that IAS officer Amrit Paul, who was arrested in connection with the PSI recruitment scandal in the state, is just a scapegoat. 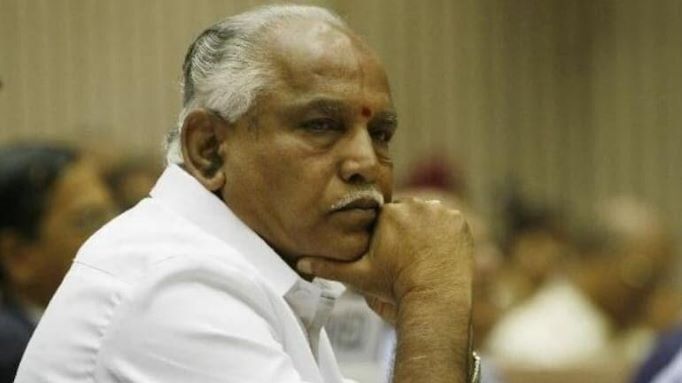 The opposition party has made these charges after BJP MLA Basanagouda Patil Yatnal alleged that former CM's son is behind the PSI's scandal.

Dinesh Gundu Rao, AICC in-charge of Tamil Nadu, Puducherry and Goa states demanded a judicial probe or the investigation by the Central Bureau of Investigation (CBI) into the PSI scandal for the truth to come out.

"The notification to the recruitment of PSI was issued during this government's (BJP) tenure in Karnataka. The scandal had taken place during the rule of BJP. In this tenure B.S. Yediyurappa had resigned and become former CM. Is BJP MLA trying to point out towards Yediyurappa's son? There is no possibility of smoke emanating without fire. Will MLA Yatnal make allegations just like that?" Dinesh Gundu Rao questioned.

He further stated that there is a direct allegation by a BJP MLA on direct involvement of Yediyurappa's son in the scandal. The scandal is being probed by the Criminal Investigation Department (CID) presently. This is not the first time that MLA Yatnal is making such charges, he added.

In spite of these allegations, why is the CID not looking into charges by BJP MLA Yatnal? Dinesh Gundurao questioned.

During the last session, Congress had demanded for the judicial probe. BJP MLA had demanded that the ex-CM's son is the kingpin behind the scandal and demanded a CBI probe. "The ruling BJP had not denied the demand for a probe by us. Let it value the demand made by BJP MLA Yatnal," he chided.

If one looks carefully at BJP MLA Yatnal's allegations, it seems that Amrit Paul, the sitting IPS officer arrested regarding the scandal, is a scapegoat. The kingpin behind the scandal is the former CM's son. The unanswered question is who is this person? The truth should be known to people, Dinesh Gundu Rao stated.

If the truth can only come before the public through the judicial probe or CBI inquiry, he stated.