Doha, Oct 5: As part of Azadi Ka Amrith Mahotsav, on the occasion of Gandhi Jayanthi, ICC conducted a mega quiz competition for all ages 12 years above. When the registration was floated more than 100 entries received. Each entry required to form a team of any two persons to take part in the quiz compition. 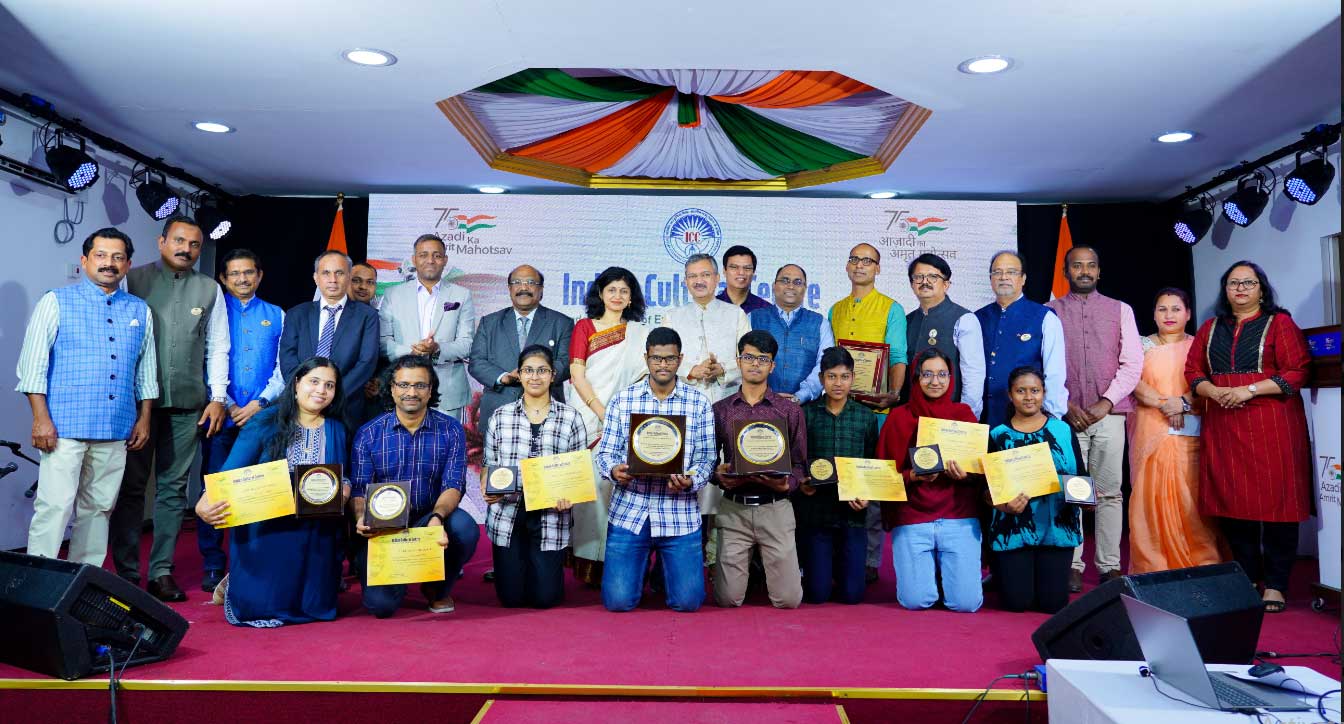 On October 1, ICC Ashoka hall and adjoining hall were full with the participants. Only participants were allowed inside rest of family members waiting at separate location. All participants were given with a written test to complete the answers in 20min. Out of all 8 teams with highest score were selected for semi-finals. Two sets of semi-finals were conducted to selected four teams to participate in finals to be held on October 2.

On October 2, birth anniversary of father of the nation, Mahatma Gandhi was celebrated in ICC Ashoka hall started with a live quiz programme on the theme 'Celebrating Bapu' by four teams as finalists from ensuing preliminaries conducted on precious day by Quiz Master Shafqat Nabi.

Winners of the Quiz finals were Hussain Abdul Kadhir and Mohammed Aatif, and runner up team were Shinj Leela and Swapna Unni. All were presented with a plaque by HE Deepak Mittal Ambassador of India to Qatar.

Vice president Subramanya Hebagellu delivered the speech on behalf of ICC and while Kamla Thakur ICC MC proposed vote of hanks. Sahitya Jyothsna was steering the evening as host.