Mangaluru Oct 4: MLA U T Khader demanded an apology from BJP to the public over their debacle in the Paresh Mesta case.

"The case of Paresh Mesta is an example of how BJP plays politics on the dead bodies. Instead of paying condolence to the family, BJP continued to politicize it. MP Ananth Kumar Hegde, Shobha Karandlaje are silent who once issued statements for political mileage. Now CBI has submitted B report over Paresh Mesta case and termed it as accidental death. Instead of being mum over the issue, BJP should apologise to the public over the Paresh Mesta case," said Khader. 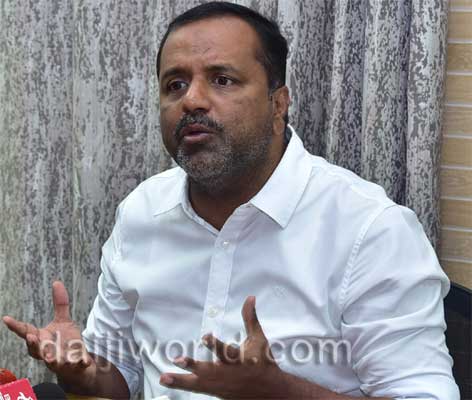