Beltangady, Oct 3: Cows and calves got injured and cattle shed got gutted in a fire mishap that occurred accidentally on Sunday October 2at Pilathadka in the taluk.

Poovappa Poojary and his son Suresh are dairy farmers. There were five cows and five calves when the cow shed caught fire. Grass and fodder meant for the cattle was also burnt in the fire. 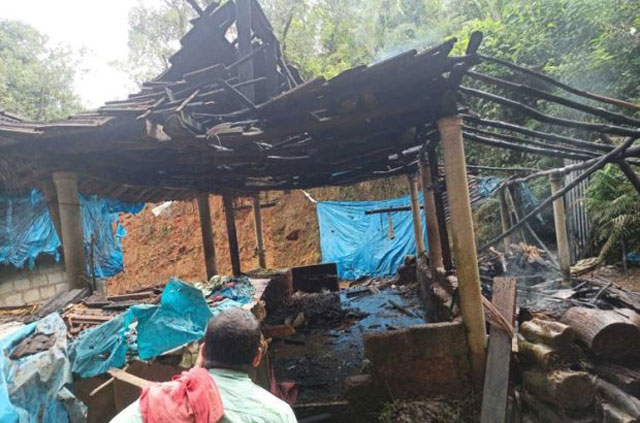 The house inmates had gone out to bring hay and leaves for the cattle. Neighbour Sridhar Poojary saw smoke bellowing from the cowshed. By the time Sridhar reached near the cowshed, the fire was intense. He immediately cut the rope of the cattle and let them run. But the cattle suffered some burn injuries. Locals prevented the fire from spreading to nearby houses.

Veterinary examiner Gangadhara Swamy arrived and treated the injured cattle. Concerned departments have been informed about the fire mishap. Only after their assessment, the exact loss will be known.