Why should I talk about fake Gandhi on Gandhi Jayanti: CM Bommai

Bengaluru, Oct 2 (IANS): Taking a dig at Congress leader Rahul Gandhi, Karnataka Chief Minister Basavaraj Bommai on Sunday said why should he talk about fake Gandhi on the occasion of Gandhi Jayanti.

Reacting to Rahul Gandhi's charge that ruling BJP is the most corrupt, the Chief Minister said: "The whole Congress party is out on bail." 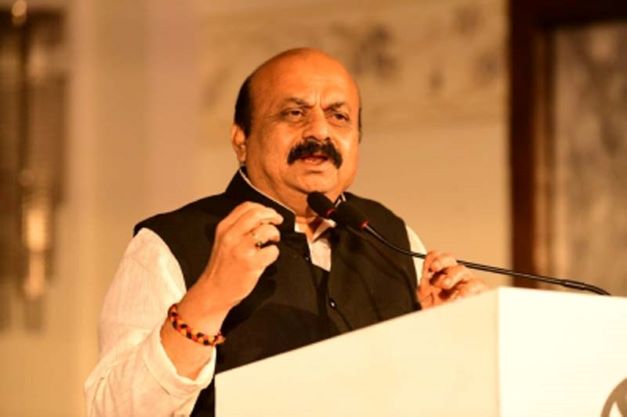 "Rahul Gandhi, Sonia Gandhi and Karnataka Congress Unit President D K Shivakumar are all out on bail. The Karnataka State was the ATM for the Congress party and now it is not," he told mediapersons.

On accusation that the ruling BJP government charges 40 per cent commission for awarding contracts, he said, "There is nothing like that. If at all they have proof, then they should submit it and the matter will be investigated."

When asked about clashes between BJP MLC C P Yogeshwar and JD(S) workers in Channapatna town, he said, he is getting information about the incident.

"We will not mix politics with allotment of funds and development. There is no scope for violence. We have come a long way in politics, it is important that benefits of all government schemes reach people," Bommai said.

Title: Why should I talk about fake Gandhi on Gandhi Jayanti: CM Bommai