Chamarajanagara, Oct 1 (IANS): Amid drizzles, thousands of Congress workers led by their leader Rahul Gandhi, resumed the Bharat Jodo yatra which entered day two in the state on Saturday.

The padayatra, which will cover 15 kilometres in the morning, started at 7.40 a.m. from Tondawadi Gate and is slated to enter Mysuru district in few hours. 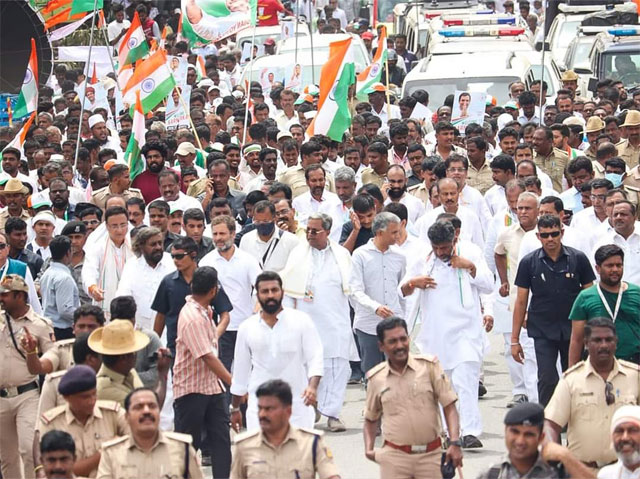 After a break, the rally will leave Kalalegate at 4 p.m. and reach Chikkaiahyyana Chatra in Nanjangud town of Mysuru district by 7 p.m.

Meanwhile, the police department had lodged an FIR against a Congress worker for displaying PayCM poster.

The party worker had also worn t-shirt with Pay CM poster besides carrying a flag. The case has been lodged against Akshay Kumar from Vijayapura district.

The rains arrived after a gap of 15 days and will benefit farmers.