Pressure mounts on rape accused Lingayat seer to step down

Bengaluru, Sep 29 (IANS): Pressure mounted on the rape accused, jailed Karnataka Lingayat seer Shivamurthy Murugha Sharanaru, to step down as the head of Chitradurga Murugha Mutt, amid the demand that new religious pontiff should be anointed in place of rape accused seer.

The followers and prominent leaders of the Lingayat community held an important meeting in Chitradurga to discuss the future of the historical, cash rich mutt on Thursday. 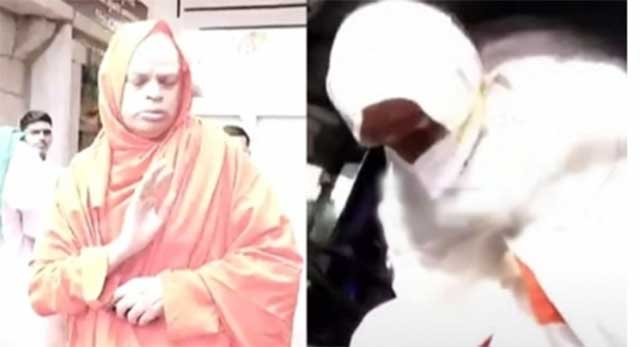 Making things more complicated, Karnataka High Court has denied permission temporarily to the accused Lingayat seer to put his signatures to cheques. Sources state that as accused seer is not allowed to sign the 200 plus cheques, the activities of the mutt are severely affected and employees are not able to get salaries.

The High Court which took a sympathetic view on employees earlier and it was expected that it would give consent. The mutt has 3,000 branches all over the country and runs more than 150 premier education and other institutes.

In spite of the pressure and demand to step down, the accused seer has categorically refused to quit, according to sources. The meeting was held in the leadership of former minister H Ekantaiah in this regard and discussed future course of action.

The leaders discussed how to retain the legacy, history and heritage of the Chitradurga Mutt as accused seer is refusing to step down. Many leaders had demanded in the meeting to appoint a new swamiji.

In another development, a group of religious seers met the accused Shivamurthy Murugha Sharanaru at the prison and held important discussion. The details of the meeting have not been made public.

The accused seer, whose judicial custody ended on Tuesday, was presented before the court and later after the order, he was taken to the Central Jail of Chitradurga district.