Udupi: There would be no Hijab row in absence of CFI - MLA Raghupati Bhat

Udupi, Sep 28: “I welcome the decision of the central government to ban PFI. It should have been banned much earlier. It has been banned after collecting evidences from all the states, after it was proved that it is linked to foreign terrorist organizations. The organization had indulged in breaking the society,” said Udupi MLA Raghupati Bhat on Wednesday September 28.

“The Hijab incident that began in Udupi is one of the reasons to ban the PFI organization. We had provided sufficient information to the investigating agency. The involvement of PFI in the Hijab controversy is established. 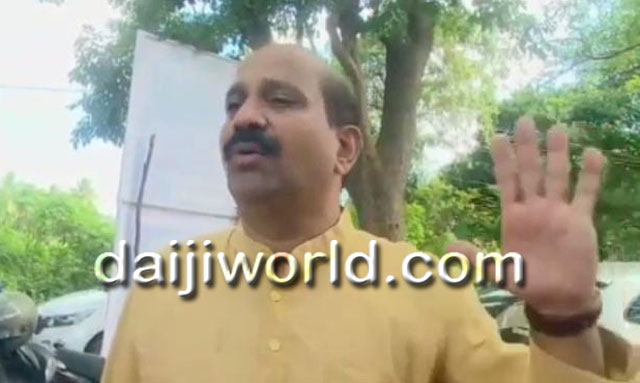 The girls had opened twitter accounts after joining Campus Front of India (CFI). The behaviour of the girls had changed after opening twitter accounts. They were spreading anti India statements through it. If there was no CFI, there would be no Hijab controversy. The female students were being trained to be fanatics in secret locations.”

Responding to the allegation that RSS is behind the operation against PFI, he said that there is no need for anybody to speak about PFI. “The society knows it. Decent Muslims have also asked to ban PFI,” he said.

He further said, “Hijab controversy was discussed in an international forum. The campaign by CFI made news in Pakistan. Money has been supplied for such incidents from abroad. The government has banned PFI but they are uniting under some other name.

“Gentle Muslims should throw out from the community those who have links with PFI. Consider them as anti-social. RSS will be blamed if we do so. Muslim community should boycott them.

“This is the right time for Muslims to wake up. The name of all the Muslims will be spoiled otherwise,” he said.

Title: Udupi: There would be no Hijab row in absence of CFI - MLA Raghupati Bhat