Bengaluru, Sep 27: Science and spirituality are necessary for development as both are complementary to each other, said Chief Minister Basavaraj Bommai in Bengaluru on Tuesday, September 27.

The chief minister, who participated in a function of the Exide Energy Solutions Ltd. and another function organised by the Swami Vivekananda Seva Samiti at Kacharakaranahalli in the city, said Karnataka’s capital of Bengaluru was ideally suited for scientific development, research and adoption of science in day-to-day time as Information Technology, Biotechnology and Artificial Intelligence have taken new dimensions in the growth saga.

Bommai urged companies like Exide and its different units must pay more attention for providing jobs to locals as their contribution to the State’s development. 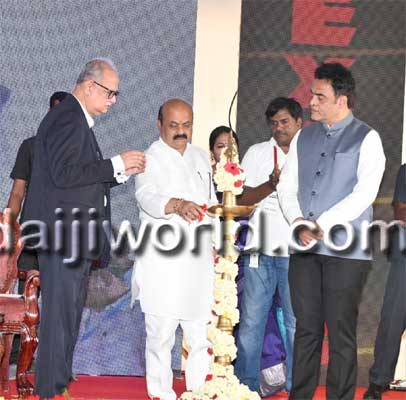 The chief minister said it was a happy augury that more and more companies were coming forward to invest in the State with one of the highest Foreign Direct Investments. As many as 400 Fortune 500 companies have set up research and development centres in the State.

He appreciated the tremendous contribution of Exide company in the manufacture of batteries and was happy to note that the biggest battery manufacturing facility with capabilities of producing 12 gigabyte capacity batteries has come up in Bengaluru.

The chief minister said the state has the distinction of producing 50% of the country’s renewable energy generation and lauded the initiative of Exide Company.

At the Swami Vivekananda Seva Samiti function, the Chief Minister said scientific growth and development is possible if the people were spiritually strong and pointed out that several leading scientists had strong faith and belief in spirituality.