Mangaluru, Sep 25: The Karnataka state government officials are sceptical about the success of Sea-Wave Breaker technology that is proposed to be implemented at Ullal to prevent sea erosion.

It has been decided to make a feasible study of the technology by the Karnataka Engineering Research Station (KERS).

Chief Minister Basavaraj Bommai had visited Battappadi of Ullal when the sea erosion was severe and had announced that a solution will be provided through sea wave breaker technology at a cost of Rs 25 crore. 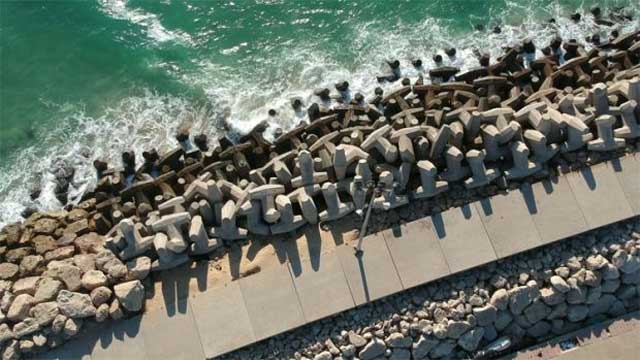 Fisheries minister Angara had visited Nellikunnu in Kasargod where this technology is already implemented and took stock of its success. Entrepreneur U K Yusuf had constructed his own patented sea wave breaker just five months ago.

In the Nellikunnu sea wave breaker model, instead of dropping rocks into the sea, a concrete frame 50 feet long, 20 feet wide and 15 to 20 feet in height has been made and sand is filled into it. But whether this technology will be successful in Ullal is not known as the severity of the waves at Nellikunnu and Ullal might be different.

KERS Mandya has got expertise in studying new technology. Experts from the organisation have already visited Battappady. The main aim of the study is to assess the difference in the severity of the waves at Ullal and Battappady and the successfulness of sea wave breaker technology if implemented in Ullal.

KERS has been told to pay a specific amount before beginning the study. They will create the model of Battappady sea beach in their vast campus and study the sea erosion and effectiveness of the sea wave breaker.

Fisheries Minister Angara said that he will first get a detailed technological report from KERS on the sea wave breaker technology and then plan sea erosion prevention at Ullal.