Bantwal, Sep 21: Police identified the elderly woman who had stolen a purse from the bag on a private bus (Mahesh) on Tuesday. She was detained and taken to Kankanady police station.

The crime was recorded on a CCTV camera. A Puttur taluk panchayat officer was traveling from Mangaluru to Puttur when the woman robbed the purse from her bag. The footage of the pick-pocketing incident had become viral on social media. 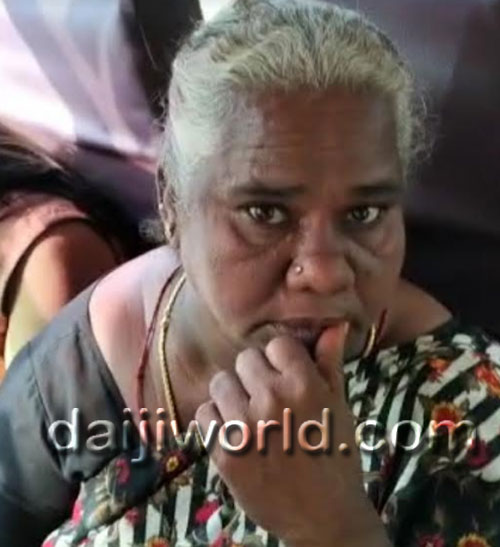 The officer had filed a complaint at Puttur town police station.

The woman was travelling in Celina bus on Wednesday. The conductor Sandeep of the bus which was plying from Mangaluru to Uppinangady informed driver Roshan of Mahesh bus about the woman.

Bantwal police were also informed. On receiving the information, police were ready in BC Road to detain the woman.

The elderly woman who came to know about it, tried to alight from the bus in Padil. But, the conductor and driver did not allow her to leave.

Rural police officials detained the woman as per the direction of Puttur police.

Puttur, Sep 21: A case of pick-pocket was reported in a Puttur-bound private bus from Mangaluru on Tuesday September 20.

A purse belonging to Puttur taluk panchayat planning officer Sukanya was pick-pocketed in the bus and the act of theft had been captured on the CCTV camera in the bus.

The theft came to light when the bus was on a bridge near Boluvar when a female passenger whose age was believed to be below 50 years pick-pocketed Sukanya's purse. 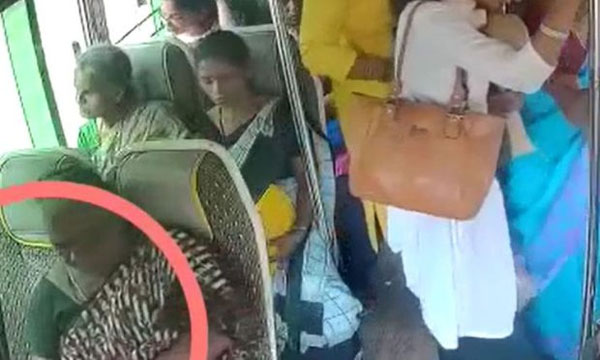 The suspected woman boarded the bus near Kaladka and sat next to Sukanya who got up as the bus was approaching Puttur. Sukanya kept the mobile handset that was in her hand into the bag as she got ready to alight from the bus. At this juncture, the woman who was seated next to Sukanya put her hand into Sukanya's bag and lifted the purse. It seemed that the woman tried to steal the mobile phone handset but could not lay her hands on it and instead picked up Sukanya's purse.

The woman is suspected to be a member of a gang engaged in pick-pockets and thefts.

Once Sukanya got off the bus, she realised that her purse had been stolen and she contacted the bus. The pick-pocket act came to light when the CCTV footage was checked. Sukanya's purse contained Rs 5,000 in cash and some records.

A complaint has been filed with the Puttur police.