Udupi, Aug 29: Five types of antibiotics have been found in rivers Netravati and Swarna, on which people of coastal Karnataka are heavily dependent on.

This information is contained in a report prepared by a team of experts from the Manipal Institute of Technology, Christ Engineering College Irinjalakuda Kerala, Waterloo University Canada and Japan National Institute after conducting a study about the quality of water of these rivers during the last six to seven years. It has been found that water from these rivers contain trimethoprim, sulfamethoxazole, cloranfenicol, septiaone and neprain, which are harmful for human beings in the long run. 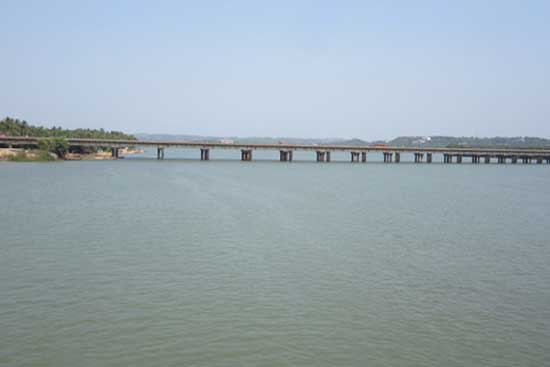 Antibiotics could have got mixed with the river water on account of urine of people consuming antibiotics, some soaps, hand washes, insecticides, and untreated effluents of some factories would have given rise to this phenomenon. As compared to monsoon months, these traces are found more during the summer months.

K Balakrishna, professor in the department of geology, Manipal Institute of Technology, says that as of now the antibiotic content has not reached a dangerous level but there are chances of sea creatures getting harmed. Therefore, he feels that the environment pollution department should ensure that effluents are treated before releasing into the river. He said that the possibility of removing antibiotic radiation is being studied at Bhaba Atomic Research Centre, Mumbai. He also wants the doctors to study the effect of such water on human bodies.