Mangaluru, Aug 21: Until last month, Santhosh, a resident of Barebail, near Bejai in the city, was working as a taxi driver to support his family, which includes wife and a son.

But, life took a drastic turn for the family, after Santhosh was diagnosed with bone cancer.

Santhosh Kevin D'Silva (49), has been suffering from bone cancer since last month and is currently undergoing treatment. It all began, when he experienced a severe thyroid issue and complained of difficulty in swallowing food, followed by other health issues. On consulting a doctor in the city and he was suggested to undergo an operation to cure the thyroid. He was recommended to rest for a while following his operation. During one such day, while having a bath Santhosh just dropped down in the bathroom and suffered a fracture on both legs. Due to the severity of the fracture, Santhosh's wife had to immediately rush him to a nearby hospital. On conducting a medical examination of his bones, the family was shocked to learn that the doctors found symptoms of bone cancer. 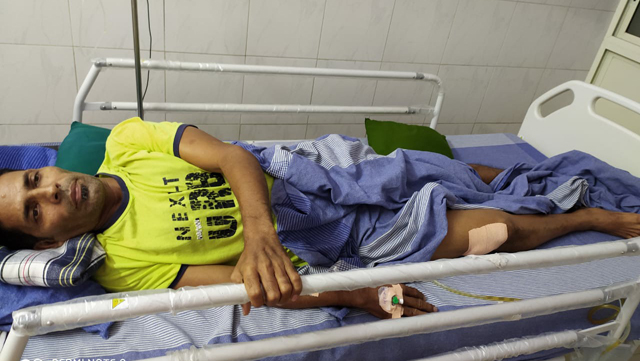 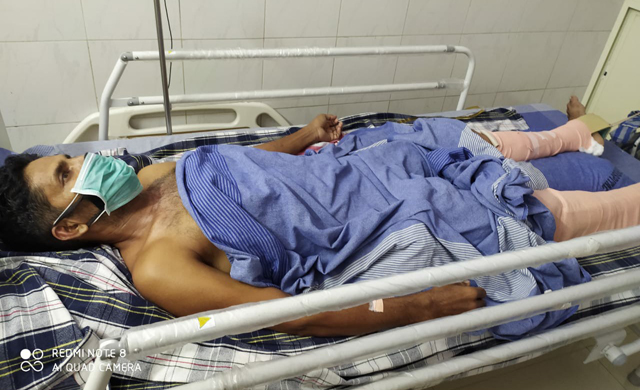 “Now after a few specialized examinations, doctors confirmed that Santhosh is suffering from bone cancer and he requires specialized radiation treatment. As per the hospital, the treatment costs approximate Rs 10 lac. Doctors have expressed hope regarding Santhosh's survival if he receives timely treatment. So far we have spent around Rs 3.5 lac for his treatment," said the grieving wife of Santhosh, Sumana.

"Santhosh is unable to sit or rest on the bed. He cannot swallow solid food. He has been consuming only liquid food for the last few days. We are in a miserable condition. It is challenging to even buy grocery items for everyday consumption," the wife painfully added.

Santhosh does not come from a family of means and is the sole provider of the family. His wife is a homemaker and the couple has a 14-year-old son, who is in school.

Those who wish to help Santhosh are requested to send their contribution to the following bank details: